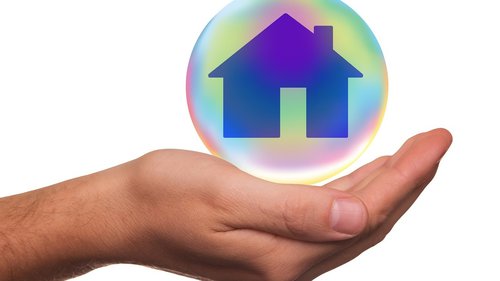 Reserve Bank Governor Adrian Orr is warning that the central bank is "looking at" the prospect of re-introducing loan to value ratio (LVR) limits on bank mortgage lending.

Orr told the INFINZ virtual conference the central bank has "tools that can be used at the margin if we think that banks are getting carried away and outside of sustainable risk appetites".

Back in May the RBNZ removed the limits on high loan to value ratio (LVR) lending that had been in place since 2013, saying these would be lifted for at least 12 months.

Since then there has been a significant increase in the amounts of high LVR lending to particularly first home buyers and to investors.

The housing market has positively roared into life after the lockdown. And September saw the best September housing sales numbers for 14 years, while there were record median prices in nine regions.

"What are we seeing at the moment? - Early signs of exactly both of those.

"We are starting to see the new lending going back into the 70%-80% loan to value ratios and the investor side."

He said the "tool" - apparently meaning specifically limits on LVRs was there. "We can put it back on if needed."

Asked at what point he thought he might need LVRs, he said: "Well we are looking at it now.

"Is that a signal for when we put it on? No.

"But we are looking at it in real time."

Orr made reference to the fact that the "stock" of high leverage loans on bank books had been run down since the imposition of LVRs from 2013 onward, with banks now having far fewer high LVR loans on their books proportionately.

"At the moment relative to where we were on the extremes it's still looking okay. But it's very evident that won't stay the same under current conditions."

And then in comments apparently aimed at the lenders, he said: "So, box smart. Do it yourself or have it done to you.

"...I have to say the industry always just wants to have it done to them."

And Orr indicated he would be prepared to use other tools as well.

"...I'm thinking again around deposit to income ratios - all of these tools are available. But they are towards the same mandate. Financial stability, soundness and efficiency."

Deposit to income, or as usually described, debt to income ratios have been blowing out in the past two years.

The RBNZ has been keen on some kind of debt to income tool and has previously tried to have one inserted into its 'macro-prudential toolkit', but this was deferred by the National Government in 2017 and subsequently the issue has been rolled up into the review of Reserve Bank legislation that is still before parliament.

This story was originally published on Interest.co.nz and is republished with permission.