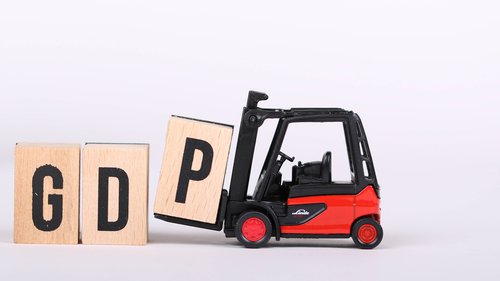 Economists at the country's largest bank now believe the Reserve Bank will be forced to increase the Official Cash Rate from as soon as next February following the stunning 1.6% rise in March quarter GDP.

"That’s consistent with OCR hikes being needed, and a year from now feels too far away. However, a February hike is highly conditional, in light of the Reserve Bank’s “least regrets” approach. In particular, the evolution of inflation, inflation expectations and the labour market are key."

The March quarter figures released by Statistics New Zealand on Thursday simply blew all forecasts and expectations out of the water, following as they did a -1.0% fall in the December 2020 quarter.

The Reserve Bank had been forecasting a -0.6% drop for the March quarter. The market expectation had been for a 0.5% rise - although expectations had been sharply rising in recent days after the release of positive data in the run-up to the GDP release. Retail sales figures in particular had fared much better than expected.

It was inevitable the news of the actual outcome for the March quarter would turn talk to the prospect of interest rates rising.

The RBNZ is forecasting the first rise in the Official Cash Rate (from the current 0.25%) in the second half of next year, but economists had already suggested before the release of the GDP figures that the first rise may come earlier than this.

"This is despite Auckland being in alert level 3 lockdown for 10 days, and continued border restrictions."

The services industries, which represent about two thirds of New Zealand's economy, made the largest contribution to the result.

"You’d be forgiven for thinking that was the annual rate. Nope. The annual rate was 2.4% - compared to consensus expectations of 0.9%. The report was stronger than expected – pretty much across the board. And the economy has confidently returned to pre-Covid levels.

"...We’ve more than dodged a double dip recession. We’ve outrun it. A solid rebound in construction activity and strong domestic spending have more than offset the loss of international tourism typical over the summer period."

Kerr noted that the "whopping" 1.6% bounceback came in well in excess of the Reserve Bank’s forecast of another quarterly dip (-0.6%).

"As the markets digest today’s strong report, we should see expectations shift toward an earlier lift-off in the OCR than the Reserve Bank has schedule. Our forecast May ’22 start date for RBNZ rate hikes looks increasingly likely."

"We currently expect the RBNZ to start lifting the OCR in May next year but the risks are now skewed to an earlier move.

"Borrowers should brace for the end of record-low interest rates."