ANZ economists say after the recent housing policy changes by the Government there's a greater chance that interest rate increases could cause investors to sell up; RBNZ may wait too long to raise rates 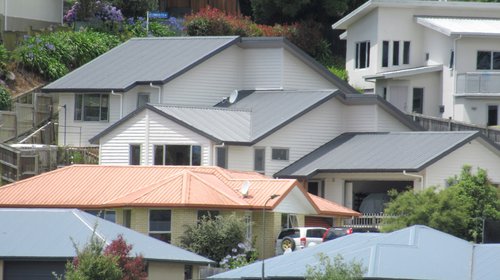 There's now a greater chance that interest rate increases could cause investors to sell up, meaning a "faster braking impact" on the housing market, ANZ economists say.

And they also say that they think it is possible that the Reserve Bank will wait too long before increasing interest rates.

Commenting on the impact of the Government's recently announced housing policy changes in the latest ANZ Property Focus, ANZ chief economist Sharon Zollner, senior economist Miles Workman and senior strategist David Croy say there are "a lot of highly indebted households out there" who would be very vulnerable if interest rates were to increase or incomes were to deteriorate.

The economists say the "now-increased risk to the broader economy" should not be understated.

"We aren’t forecasting house prices to fall, but from these lofty heights we certainly would not rule it out."

They say it is important for policy makers to attempt to engineer a soft landing for the housing market.

"If housing tanks, it’ll likely take confidence with it, and that could spark a negative feedback loop, resulting in economic momentum going the wrong way. Unfortunately for policy makers, there’s no getting away from the interconnectedness of housing from the broader economy. And a soft landing from a vertical take-off can be difficult to engineer, as Elon Musk recently found."

'The state of the housing market has a big impact'

The economists say slowing housing-induced momentum shouldn’t be too concerning for the broader economic outlook "so long as the pipeline of planned activity doesn’t turn south" and confidence doesn’t materially deteriorate. A pivot towards a trans-Tasman bubble (and later, generally open borders) will hopefully see the key driver of underlying momentum pivot from housing to international tourism and services (where there is certainly some spare capacity). Rising export prices are also providing a boost.

"But the economy is still pretty vulnerable this year, and the state of the housing market does have a big impact.

"That feeds into our expectation that the RBNZ will be very cautious in raising interest rates, and possibly wait too long.

"The lesson from the 1990s was that tightening policy too late in the face of rising inflation pressures meant interest rates (and the exchange rate) had to go higher for longer, as policy really struggled to rein things in.

"It’s possible that happens again, but we’d note that any increases in interest rates are likely to impact things pretty quickly, given both the tax change and household debt levels."

The economists discuss and differentiate between NZ’s "cyclical housing woes" and its "structural ones" – "in other words, the cycle and the trend".

"It’s a popular view that monetary policy settings are to blame for out-of-control house prices, and from a perspective of 'what drove house prices up recently', then yes, that’s undeniably true. That is, after all, how monetary policy is supposed to work.

"But that’s only the cyclical part of the story.

'If we had enough houses, prices would be lower'

"If the decades-long, structural under-supply of housing problem were to be magically resolved, and market participants knew it would remain that way, then lower interest rates would have had less impact on house prices than otherwise.

"Simply put, if we had enough houses for our population’s physical needs, house prices would be lower.

"What NZ really needs now are policies that will address the structural issues, and that will continue to do so through the cycle."

All up, the economists say, the Government is likely to be successful in taking the heat out of the market, but tilting the playing field from investors towards first-home buyers will never be enough to address New Zealand’s homelessness problem, overcrowding, and high cost of living for some of our most vulnerable.

"For that, the Government needs to continue to aggressively pursue positive supply-side policies (such as freeing up land and cutting red tape) to such an extent that it will challenge the narrative that housing is scarce and always will be, and that house prices are a one-way bet (not our view).

"But politically, that’s not easy to do when so many voters have already bet on housing for their retirement."