Auckland may lead the housing market down as LVR restrictions, higher levels of residential construction and eventual higher interest rates start to kick in 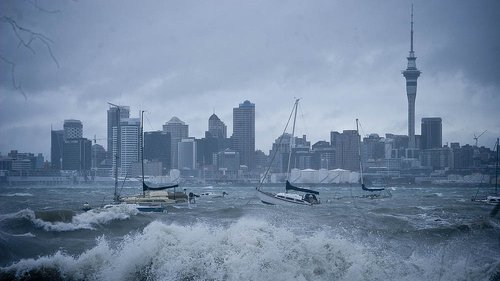 The latest figures from property website Realestate.co.nz suggest Auckland may lead the housing market down as it eventually starts to cool.

Realestate.co.nz received 10,736 new listings in February. That was up 1.8% compared to February last year, and the highest number of new listings for the month of February since 2018.

But at the end of February, Realestate.co.nz had just 15,829 residential listings in total on its site, down 24.2% compared to February 2020.

That was the lowest number of residential properties available for sale on the website in the month of February since its records began in 2007.

The fact that new listings were up while total stock was at a record low, reflects the buoyancy of the current market and the tightness of supply.

However a closer look reveals significant differences between Auckland and the rest of the country.

Realestate.co.nz received 4363 new listings from the Auckland region in February, up 11.3% compared to February last year (see the first chart below for the full regional figures).

That was the highest number of new Auckland listings for the month of February since 2012.

However new listings from the rest of the country (excluding Auckland) were down by 3.7% in February compared to a year earlier. That's the lowest they have ever been for the month of February.

Looking across all regions, the trends are that new listings have been growing quite strongly in Auckland, Otago/Central Otago and Gisborne, but are largely flat or showing declines everywhere else.

And in the areas that have shown growth, the numbers are quite small.

So almost all of the growth in new listings is coming out of the Auckland region.

There are similar differences between Auckland and the rest of the country in the total amount of stock available for sale on the website.

There were 7196 Auckland properties available for sale on Realestate.co.nz at the end of February, down 9.2% compared to February last year (see the second chart below for the full regional figures).

That compares to 8633 for the rest of New Zealand (excluding Auckland), which was down by exactly a third compared to February last year.

It also means Auckland accounted for 45% of all the residential properties available for sale on Realestate.co.nz at the end of February.

Those figures suggest that while the supply of properties for sale in Auckland may still be on the tight side, it is a lot less tight than in the rest of the country.

And supply is a lot closer to catching up with demand in Auckland than it is in the rest of New Zealand, something that was also suggested by recent Statistics NZ figures showing strong growth in residential building consents was mainly being driven by activity in Auckland.

With loan-to-value ratio mortgage lending restrictions once again a feature of the housing market and many forecasters picking upward pressure on interest rates to eventually start kicking in, a market cooling may well be on the horizon.

And when it does arrive, it may well land in Auckland first.