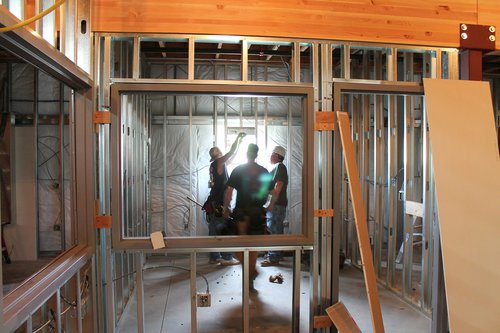 Code Compliance Certificates (CCCs) are issued when a building is completed, providing a measure of actual supply, unlike building consents which are issued before construction commences and therefore indicate potential supply a year or two down the track.

Auckland Council has been compiling CCC figures since 2013 and they have been rising steadily throughout that period.

On a rolling 12 month basis, the average number of CCCs issued for new dwellings was just 325 per month in February 2014. That number had steadily increased to 1041 by February this year.

The monthly average passed 1000 per month for the first time in November last year and has remained there ever since, and is continuing to increase.

On an annual basis, 12,497 new dwellings received CCCs in the 12 months to February, up 16.5% compared to the previous 12 months. The number of new homes being completed in Auckland has almost doubled over the last five years.

The graph below shows the average number of new dwellings receiving a Code Compliance Certificate from Auckland Council each month (on a rolling 12 month basis), from February 2014 to February 2021. 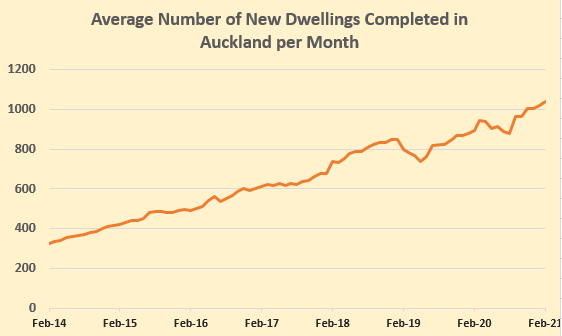