Average housing rents across the entire country increased by $55 a week over the 12 months to the end of March, but there are early indications that they may have started to retreat from recent highs.

Of the major urban areas, Timaru had the lowest average weekly rent at $388 a week and Porirua the highest at $640, just above Auckland's North Shore at $638.

However there are tentative signs that the first quarter figures may have marked the peak of rental growth and rents may be started to retreat slightly from those highs.

The monthly rent figures show that the national average weekly rent peaked at $550 a week in January and then slipped back to $545 in February and $540 in March.

Similar trends are evident around most of the rest of the country, with average rents tending to peak around December/January and then ease back slightly in the following months.

However the monthly figures can be more volatile than the quarterly figures, so it is too soon to be able to say if that is an ongoing trend.

The table below shows the average rent in all main urban districts in the first quarter of this year and their annual change. 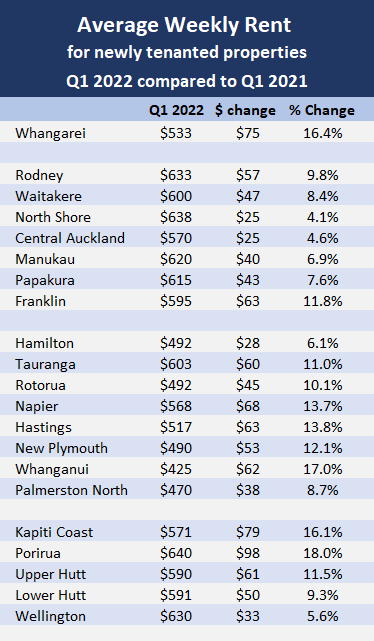 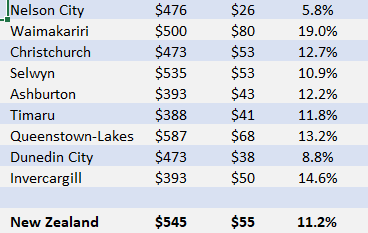