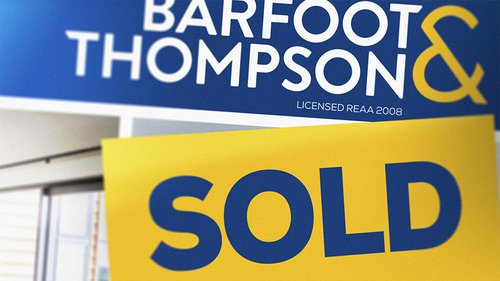 It was also the most properties Auckland's biggest real estate agency has sold in any month since March 2016, which was at the height of the last residential property boom.

Selling prices were significantly higher, with the agency's average selling price passing the $1 million mark for the first time to hit $1,045,104 in October.

That means the median price was up 4.0% for the month, and up 14.4% compared to October last year.

Barfoot & Thompspon managing director Peter Thompson said until recently sales over $1 million accounted for about a third of all property sales but in October that climbed to almost half (49.5%) of the sales the agency completed.

"Sales for more than $2 million are no longer an exception... representing 7.7% of total sales [in October]," he said.

The number of new listings the agency received was also up strongly at 2119 in October, up 32% compared to October last year, while the total number of homes Barfoots had available for sale at the end of October was up 2.7% compared to a year earlier.