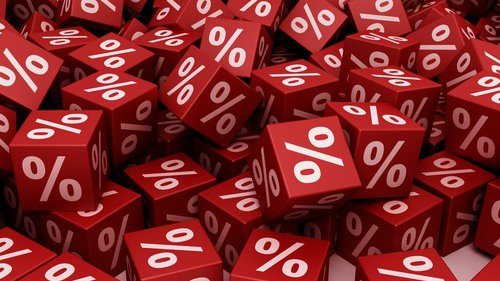 The Official Cash Rate and mortgage rates have fallen this year so what have banks done to the interest rates they use to test mortgage borrowers' ongoing ability to service their loans?

In some cases they too have fallen. However, there's a broad discrepancy between banks with these rates, which are an estimate of potential increases to interest rates in the future.

ANZ, the country's biggest bank, has reduced what it terms its servicing sensitivity rate to 5.80% from 6.65% a year ago. This rate applies to both owner-occupiers and investors.

ASB reduced its test rate in July to 6.45% from 7.2% for both owner-occupiers and investors.

And Westpac tests borrowers servicing ability at a rate of 7.25%, according to CEO David McLean. Westpac hasn't changed the rate this year, and it also applies to both investor and owner-occupier lending.

Neither BNZ nor Kiwibank would provide their specific test rate.

A spokesman says BNZ reviews its test rate quarterly, it's the same for investors and owner occupiers, and it has reduced.

A spokeswoman says Kiwibank's serviceability rates are reviewed from time-to-time in line with what’s going on in the market.

"Kiwibank’s test rate has come down over the last year as market interest rates have reduced and the forecasts are for interest rates to remain low for longer," the Kiwibank spokeswoman says.

"We apply a single mortgage test rate which reflects our estimate of the maximum expected increase in interest rates over the medium term given current and expected market conditions. Test rates aren’t a prediction of future interest rates, they just give us the ability the check the customer can still afford the lending under a reasonable scenario of an interest rate increase."

In comments attributed to Craig Sims, its executive general manager of retail banking, ASB says it regularly reviews and adjusts its test rate to ensure it’s appropriate for the current environment.

"The primary purpose of a servicing test rate is to account for interest rate changes over the economic cycle. While we are prudent when setting our test rate, it’s important to note it’s just one of many factors taken into account when considering whether a borrower can afford their repayments through a full economic cycle. ASB offers a single rate card for home loans, so we don’t differentiate our test rate for different types of borrower," says Sims.

"We revised our test rate in July this year from 7.2% to 6.45%, reflecting the lower interest rate environment. We know that these lower rates allow borrowers to access higher levels of debt relative to their income, and we are mindful of the impacts this could have on a borrower's financial position over the longer-term. With home loan rates being as low as they are, we think it is also prudent to consider debt-to-income multiples in certain lending situations, and we actively use these today."

A Westpac spokesman says the serviceability rate is just one of a number of factors the bank takes into account when considering loan applications. Other factors include income, financial commitments and living expenses.