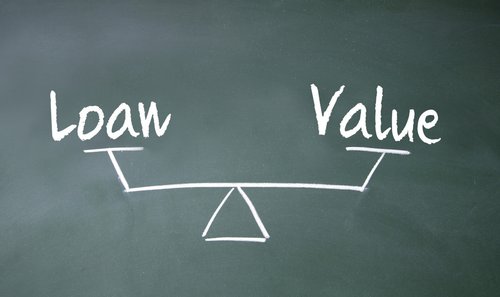 Concern and debate in New Zealand about our hot housing market is a high quality problem and a bit of a luxury against the backdrop of a world where many countries are struggling against the Covid-19 pandemic, Westpac NZ CEO David McLean says.

Speaking to interest.co.nz after Westpac NZ posted a 43% fall in annual profit, McLean wouldn't be drawn on whether the Reserve Bank (RBNZ) should reintroduce restrictions on high loan-to-value ratio (LVR) home loans, which were removed in April. McLean said it wasn't a surprise the housing market's hot given interest rates are at an all time low.

"The RBNZ has a wide range of tools in their toolbox and I think that it's a good idea that they look at them all. The housing market being on fire at the moment is not a bad thing in the very short-term because it does boost confidence among people who own houses. So that's quite good to stimulate economic activity and help cushion any downwards effects from Covid," McLean said.

"But it is unhealthy in the long-term for house prices to get out of whack with incomes and New Zealand has one of the highest levels of disparity in the world. And it also tends to increase inequality between those who own property and those who don't yet, making it harder to get into homes. None of those are good in the long-term. So I think the Reserve Bank will be well aware of these factors and wrestling with them. I have a lot of confidence they will make the right decisions."

In terms of problems caused by rapidly rising house prices, McLean suggested most countries would be quite happy to have that problem at the moment.

"In the quality of your problems this is a relatively higher quality problem than having some economic collapse from Covid or deflation. So I think we're now in a position where it's actually a bit of a luxury to be able to have these debates," McLean said.

The Real Estate Institute of New Zealand's latest monthly figures showed the strongest September sales volumes in 14 years, and a record high national median price of $685,000. The Reserve Bank removed high LVR restrictions in April in the early days of the COVID-19 crisis.

However, NZ is not alone in having fast rising house prices. Average prices in Canada rose 17% in the September year to a record high. And average new home prices in major Chinese cities have reportedly recorded double digit growth.

These restrictions, in place since October 2013 in various forms due to financial stability concerns over growing levels of high-LVR mortgage lending, were removed in April, with the RBNZ saying this would be for one year, until 1 May 2021. However, RBNZ Governor Adrian Orr recently warned the RBNZ is "looking at" potentially reinstating limits on high LVR lending.

"We have record high levels of capital, we have more liquidity than we've ever had before, we have access to wholesale funding but also basically deposits coming out our ears," McLean said.

"So we are open for business and you can see that in the market share stats where we grew, for example, business and agri lending last year where not all of our competitors did do that. We definitely have an appetite to continue to grow in the housing market. The only comment I'd say is that we all have to be cautious and particularly when you see asset prices increase rapidly. That's when as a bank one should be careful."

"So we did not loosen our lending LVR limits when the Reserve Bank loosened them. We are trying to keep cautious about it. If you want to apply for a mortgage with Westpac we will assume your servicing at an interest rate that's much higher than the current rates. If you come in for a mortgage now you'd be paying something with a two in front of it probably. But we would assess your servicing ability at a rate of 7.25%. So we are trying to be as cautious as we can, but subject to that we're happy to grow," McLean said.