A closer look at how the interest rates banks use to stress test mortgage applicants are due to rise, and possibly be set by the Reserve Bank 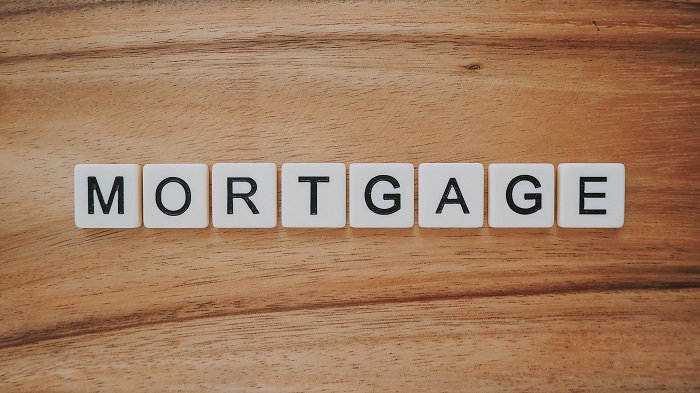 As mortgage rates rise, so too are the test rates banks use when assessing whether those applying for mortgages can service their debt, should conditions change in the future.

New Zealand’s largest bank, ANZ, told interest.co.nz those applying for mortgages currently need to be able to satisfy the bank they would be able to service debt at an interest rate of 6.7%.

ASB said it is in the process of reviewing its test rate in response to recent interest rate changes on the back of the latest Official Cash Rate (OCR) increase.

ANZ made a more general comment that its test rate is “regularly reviewed in line with the changing interest rate environment”.

The other major banks - BNZ, Kiwibank and Westpac - wouldn’t share their test rates, but similarly commented on how they’re regularly reviewed.

Room for test rates to rise?

Looking ahead, test rates are likely to rise, along with the OCR and mortgage rates.

If banks' test rates are derived by them adding similar margins to the OCR, or average 1-year mortgage rate, as they have in the past, their test rates are due to surpass 7%.

Reserve Bank (RBNZ) data shows the buffer between the average 1-year mortgage rate (which is currently 4.1%) and the average bank test rate sat at 3-4 percentage points between 2017 and 2021. 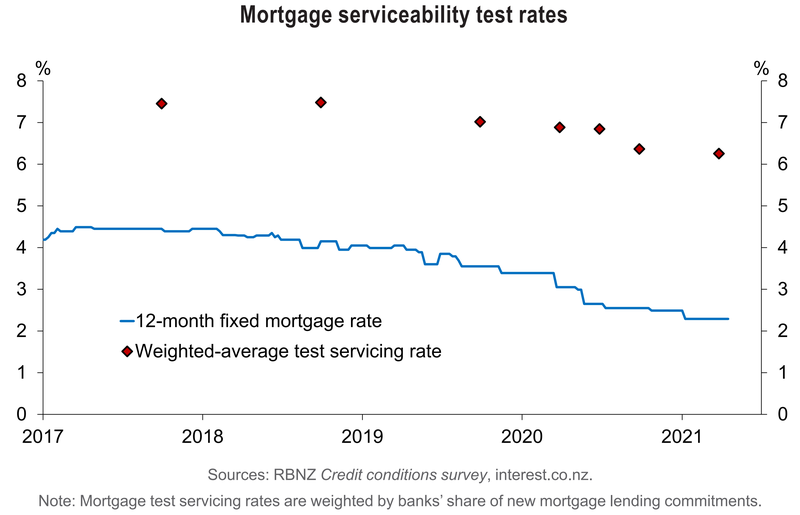 Similarly, the buffer between the OCR (which is currently 1.5%) and the test rate hovered at around 6 percentage points between 2018 and 2021.

The RBNZ expects the OCR to peak at 3.4% in this tightening cycle. It couldn't tell interest.co.nz what the average test rate was in 2015, when the OCR was last this high. 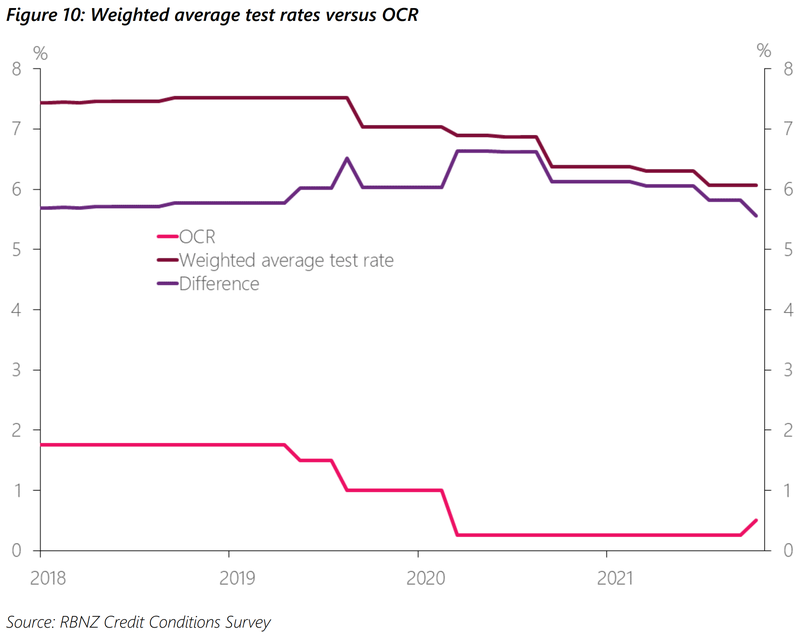 RBNZ could set the test rate

The RBNZ is considering setting a minimum test mortgage rate for banks. It consulted on this between November and February and is likely to have more to say about it when it releases its Financial Stability Report on May 4.

Its proposal was to impose a minimum test rate to “address short-term financial stability risks” while it works with banks to establish a debt-to-income (DTI) restriction regime.

The RBNZ didn’t specify where it would set the test rate, but modelled the impacts of it being at 7% and 8%.

The RBNZ said it could introduce a minimum test rate sometime between April and June, as a stop-gap measure, ahead of implementing DTI restrictions by the end of the year.

The RBNZ said it’s “unlikely” it would impose a minimum test rate and DTI restrictions simultaneously.

DTI restrictions would limit the amount of new mortgage lending that could go to borrowers with low incomes relative to the amount of debt they sought.

The RBNZ noted there were a number of approaches it could take to setting a minimum test mortgage rate.

Its counterpart in Australia requires banks to test applicants at a rate 3 percentage points higher than the rate of the loan product they’d like.

The RBNZ said its preference was to add a fixed buffer to a benchmark rate. While it noted the OCR is closely linked to mortgage rates, it said a longer-term rate like a 5 or 10-year swap rate might better reflect long-term trends in interest rates. It said it could review the test rate quarterly.

The RBNZ’s preference was to ensure the test rate was stable over time, moved automatically and was the same for all mortgage applicants - investors, existing owner-occupiers and first-home buyers alike.

It recognised the policy would hit first-home buyers particularly hard, hence the reason it suggested a minimum test rate only be used as an interim measure ahead of implementing DTI restrictions.

The RBNZ has long wanted to be able to impose debt serviceability restrictions. Finance Minister Grant Robertson gave it the ability to do so in 2021, as he was coming under pressure over soaring house prices.

The housing market and interest rate cycle have since turned. In any case, lending restrictions the RBNZ imposes would need to support the stability of the financial system as a whole, rather than specifically target house prices.