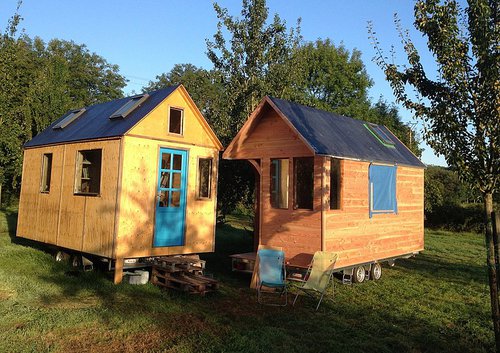 First home buyers held their own in the housing market in February, but the average amount they're borrowing has started declining and they are taking out fewer of the riskier low deposit mortgages.

Interest.co.nz estimates first home buyers accounted for 30.1% of total housing sales in February, up slightly from their 29.4% market share in February last year.

First home buyers’ share of the housing market has steadily increased over the last five years, rising from just under a quarter of all housing sales in February 2016 to just under a third currently.

They have also started borrowing less money this year, with the average size of the mortgages approved for first home buyers declining for the second month in a row to $566,508 in February, down from its record high of $595,274 in December last year.

The decline in the average size of the loans being taken out by first home buyers appears to have occurred mainly at the riskier, low deposit end of the mortgage market. This suggests recent moves by the Reserve Bank to rein in riskier lending are starting to work.

The percentage of mortgages approved for first home buyers with less than a 20% deposit has declined steadily from 37.9% in October last year to 19.7% in February this year, which is the lowest it has been in any month of the year since the Reserve Bank started publishing the figures in August 2014.

Interest.co.nz estimates that first home buyers are also paying slightly less for the properties they are buying, with their average estimated purchase falling for two months in a row from a record high of $744,093 in December last year, to $708,135 in February this year. That's a decline of $35,958 (-4.8%) over two months.

The reduction in the average amount being borrowed by first home buyers means their estimated mortgage payments have declined by $67 a fortnight over the last two months, from the peak of $1345 a fortnight in December last year to $1278 in February this year.

That’s a 5% decline since the beginning of this year.

That reduction in mortgage payments has been helped by the fact that mortgage interest rates have remained almost flat over the three months from December 2021 to February 2022, with the average of the two year fixed mortgage rates offered by the major banks staying within the tight range of 4.19% to 4.21% over that three month period.

However interest rates are expected to keep rising well into next year, which could put first home buyers under further pressures if prices at the bottom end of the market do not continue to fall.

Overall, the latest figures suggest a considerable reduction in the risk profile of first home buyers, because on average they are starting to pay less for the homes they are buying, they are borrowing less, more of them have at least a 20% deposit and their average repayments are coming down.

However those figures are just the first tentative steps in the right direction.

Unless prices at the bottom end of the housing market keep falling at a greater rate than mortgage interest rates are rising, first home buyers could find it becoming even more difficult to afford their own home than it already is. 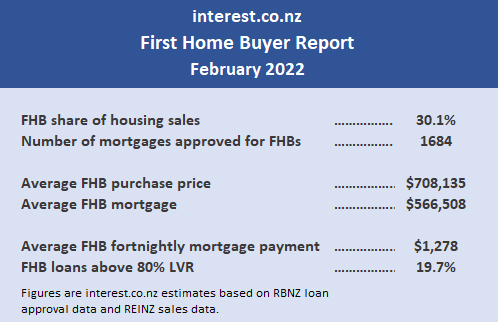