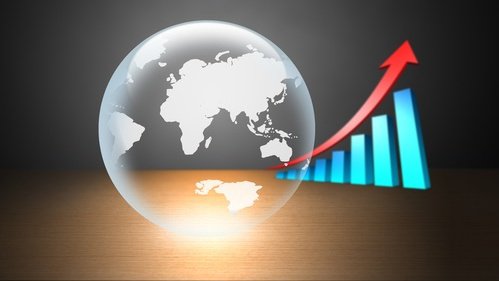 John Kenneth Galbraith was wont to say that economic forecasting was designed to make astrology look good. Unfair, but it raises the question of the purpose of economic forecasts. Certainly the public may treat them as horoscopes which is usually the way they are reported. For a professional the forecasting exercise is an opportunity to think systematically about the state of the economy.

In normal times a forecasting exercise is a bit routine because nothing really important changes much, When I headed a forecasting unit, we added the challenge each time of tackling a new issue. However, the last year has hardly been routine and the challenges have been there without having to think up new ones.

I am going to review the year of Covid by tracing through the Treasury forecasts. Treasury has one of the larger forecasting teams and tends, in any case to be in the middle. Moreover they, and the RBNZ, need to get their forecasts as well as they can because they have operational consequences for fiscal and monetary policy. (Also Treasury forecasts are publicly available in some detail.)

Compare the forecasts in the budget forecasts known as BEFU20 – Budget Economic and Fiscal Update – made in April 2020,a month before the budget, and HYEFU20 – Half Year EFU – made in November 2020 and published in December. A more detailed – and much longer – report would show a steady evolution after the Covid Shock as new evidence came in (and would include the Pre-election EFUs).

The big surprise is that the EFUs show that the economy has done much better than expected.

Of course, the Covid Shock was a surprise and caused a scramble among forecasters. You can get a sense by comparing BEFU20 with HYEFU19 – done in November 2019 when there was nary a virus on the horizon. The Treasury was then forecasting a volume GDP growth in the year to June 2020 of 2.2 percent. In the middle of the April lockdown, Treasury lowered their forecast to a decline of (i.e. minus) 4.6 percent, so they were thinking the economy was taking a hit of 6.8 percent across the year, most of which would have been in the single quarter of the lockdown. (So they were thinking of a collapse of production of roughly 25 percent in the lockdown quarter.)

As the data has come in, performance proved better than expected and the economy contracted by only 2.1 percent in the 2019/20 year; still a big hit. Recall the headless chooks running around saying that the lockdown was too expensive so we should take the covid deaths and keep the economy open. Those who kept their heads are allowed to puzzle why we did better than expected.

My view is that we underestimated the resilience of the domestic economy. (No, not the success of the government policies – they were already factored into the Treasury forecast.) The sort of things I have in mind range from the lady whose rural restaurant lost custom so she designed mail-ordered fashion masks. Or the travel reporters, who having their tripping to Shangri-la, stopped found all sorts of interesting places in our backyard.

It is one of the benefits of the market liberalisation of the 1980s. I noticed it in the early ’90s when unemployment rose to postwar record highs yet those who became unemployed found jobs after looking for only a few months. (We are not nearly as good at showing the same flexibility when it comes to exporting.)

Post-covid unemployment is expected to track higher than if there had been no virus, rising from about 4-and-a-bit percent in the earlier scenario to 6-and-a-bit on current forecasts – say an extra 70,000 souls. We would expect a short-term bump in unemployment from the shock, but the Treasury seems to think it will be more persistent. During the April lockdown they assumed that the world economy would recover soon enough; today they expect it to grow more slowly and that affects the prospects for our exports which are a major driver of the economy.

Treasury is currently expecting the economy to do better than they did in April, with some expansion in the current year (to June 2021), despite the unexpected (partial) Auckland lockdown last August. The economy then grows reasonably well. (Even astrological forecasts get fuzzier as they look further forward.)

It is a big picture forecast being presented here. There is a lot more detail in the Treasury figures which keep the nerd-forecaster busy. Mention has to be made of the net Core Crown Debt. In the pre-covid forecast in the 2019 HYEFU the Treasury expected it to total $76b in June 2024. Following government’s massive fiscal injection to cushion the Covid Shock the 2020 BEFU thought the figure would be $201b in 2024. That has been pulled back to $194b in the 2020 HYEFU. So the fiscal package is slightly cheaper than was initially projected.

People go on about government debt as if is wicked. That, given low interest rates, the cost of the debt is near zero does not mean that is necessarily so. The real issue here is who is, or will be, holding the government debt as an asset in their balance sheet AND what they will do with it. It seems unreasonable to expect them (whoever they are) to hold the asset at a near-zero rate of return. They are likely to want to convert it to what seems to give higher rates of return – speculative housing, collectibles, shares and status goods, such as expensive cars (the standard use of overseas travel being largely ruled out for a while).

I am going to have to come back to this conundrum in later columns. It is an example of how short-term success can have long-term awkward consequences (one of the hardest lessons to get across to teenagers).

In the interim, we may take some relief that the economy has dealt with the Covid Shock better that was expected – even after allowing for a sensible government response – probably because we are a more resilient people than we normally assume of ourselves.

This opinion piece was originally published on Interest.co.nz and has been republished here with permission.