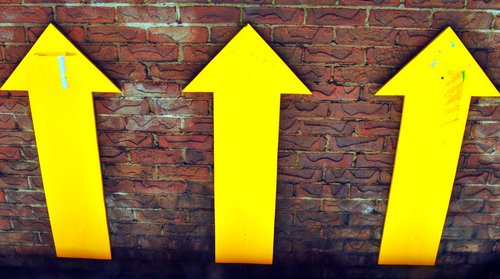 Westpac economists are now picking the Reserve Bank (RBNZ) will raise interest rates three times by May of next year.

And economists at the country's largest bank, ANZ, now see the Official Cash Rate hitting 1.75% by February of 2023.

Westpac and ANZ both changed their calls on Wednesday and are now picking the first OCR move will be in November of this year. They have joined the economists at ASB and BNZ, both of which changed to a November call on Tuesday of this week.

The final catalyst for the moves by the economists, following on from a string of positive economic data, was the release on Tuesday of the latest NZIER Quarterly Survey of Business Opinion. The survey portrayed an economy rapidly overheating, with labour shortages the worst they've been in a survey that dates back to 1976.

The RBNZ makes its next public statement on interest rates at its Monetary Policy Review on Wednesday, July 14.

If the Westpac economists are correct with their latest call of three hikes - in November, February and May - this would take the Official Cash Rate from its current 0.25% to 1% by May 2022.

ANZ chief economist Sharon Zollner is forecasting the RBNZ will lift the OCR "in steady steps" from November to reach 1.75% by February 2023. She notes that the financial market is already "pricing in" almost 90% odds of a hike by November, and “one and a half’ hikes by February.

Westpac acting chief economist Michael Gordon admitted to being "caught on the hop".

"Having just recently brought forward our forecast of the first OCR hike to August 2022, we’re now questioning whether the RBNZ has even that much time on its side.

"We now expect the first OCR hike to occur in November this year, with follow-ups in February and May next year, and a further gradual tightening over the following years," he says.

Gordon says it has been apparent for some time that Covid-19 has largely manifested as a supply-side shock in New Zealand’s case, with disruptions to supply chains, soaring shipping costs, and a loss of access to overseas workers.

"The key question for us has been whether the demand conditions were in place for that initial price spike to translate into an ongoing series of price increases.

"In that respect, yesterday’s Quarterly Survey of Business Opinion was a big deal for us. There was evidence of strong demand throughout the survey – measures of activity, hiring and investment were all up substantially compared to three months ago, and profitability was seen as improving even in the face of mounting cost pressures. That strength wasn’t universal – the building industry is clearly running red-hot, while retailers are still struggling to improve their profitability – but it was widespread enough for us to take notice."

Gordon says putting this all together leaves a picture of an economy that is already running close to its potential, even with the ongoing closure of the border.

"And with firm demand and mounting supply pressures, inflation is set to rise much higher than the RBNZ expected over the coming quarters."

There is still a good case to be made, Gordon says, that some of the current inflation pressures will be temporary, or at least non-repeating.

"As the global economy reopens, we’d expect that supply chain disruptions will be ironed out, demand for physical goods relative to services will normalise, shipping costs will come off their peak, and employers that are bidding up now to deal with their current labour shortages will look for ways to claw back those higher pay rates. That could set the scene for a period of stubbornly low wage and price growth a few years down the track.

"But the issue is whether the RBNZ can hold out for that long. With demand running hot, there’s a greater risk that recent price hikes feed into people’s expectations of inflation, and once that becomes embedded it’s hard to dislodge again.

"We expect that when OCR hikes begin, the pace will be gradual – at three-month intervals initially, then stretching out to six-month intervals. As others have noted, households have taken on significantly more debt since the last time that interest rates rose, so a little could go a long way in terms of squeezing household budgets and dampening demand."

ANZ's Zollner, meanwhile is now even suggesting a start to hikes in August - just next month - could come into play as a possibility.

"Following the Monetary Policy Review [on July 14], CPI data next Friday [July 16] and the labour market report on 4 August are pressure points that could well see the market, and quite possibly the economists, bring August into play," she said.

"The RBNZ will probably want to choose words for the Review that leave their options open about the exact timing of lift off, as they will no doubt be looking forward to those data reads with as much anticipation as we are. Game on."