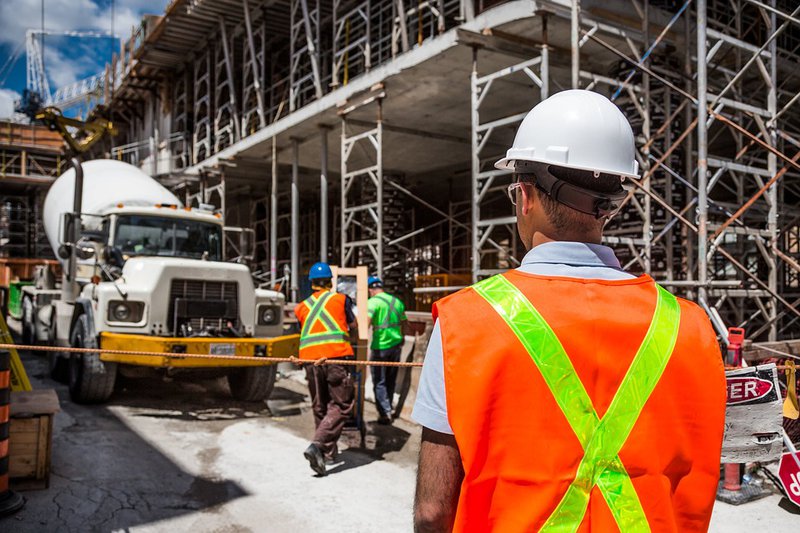 Construction of new homes in Auckland may have already peaked.

However the April 2021 figure was well up from the 549 CCCs issued for new dwellings in April last year which was affected by pandemic lockdown restrictions. It was also was up 64% compared to the 605 CCCs issued in April 2019.

In the 12 months to the end of April, 13,209 CCCs were issued for new dwellings in Auckland, which was the highest number for any 12 month period, according to Auckland Council figures which go back to December 2013.

But a closer look at the figures suggests that much of that growth in new dwelling completions occurred in the second half of last year, with completions running at lower levels so far this year.

The drop off in the number of new dwellings being completed in Auckland so far this year compared to the second half of last year can clearly be seen in the graph below, which shows the number of CCCs issued each month since the beginning of last year.

However there is another factor which may affect those figures.

Multi-unit dwellings such as apartments and terrace housing make up a very large proportion of Auckland's new housing market, accounting for 64% of new dwelling consents issued in the 12 months to April this year.

Many of these are large scale projects and their completion figures can be volatile.

It would only take a few large, multi-unit housing projects to be completed in a particular month to bump up the Auckland figures back to where they were last year.

So we probably need to wait another couple of months to get a more reliable indication of where residential construction in Auckland is heading at the moment.

But so far, the figures suggest residential construction in Auckland may have peaked towards the end of last year. 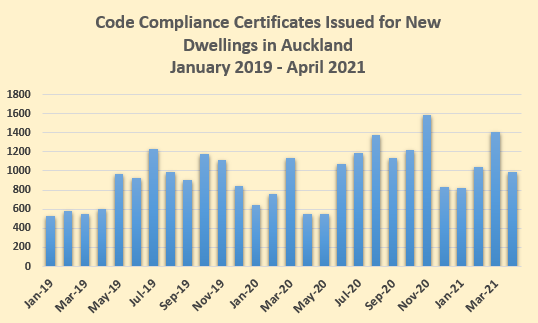