First-home prices rising even faster this quarter than last 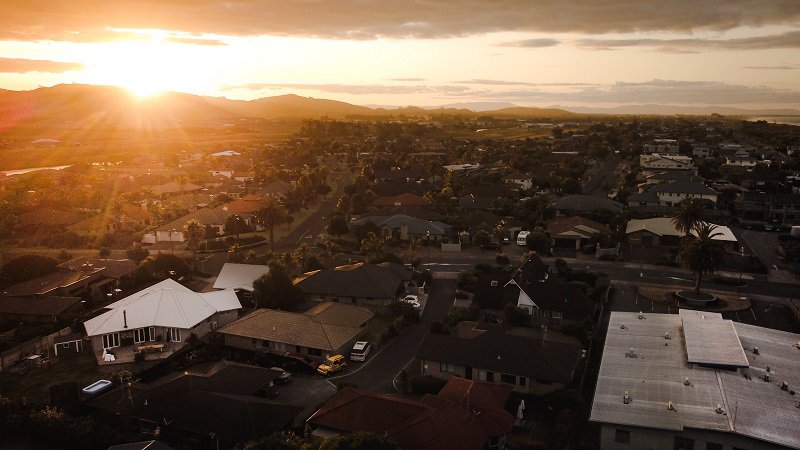 First-home prices have risen even further on average this quarter than last, despite growing evidence of investors leaving the market.

That’s the key finding in the latest QV Quartile Index, which tracks residential property prices and sales at both ends of the market – namely the top 25% most expensive houses in New Zealand, and the bottom 25% least expensive houses.

Of the 16 major urban centres that we monitor, house prices have been rising fastest overall at both ends of the market in Napier, Marlborough and Hastings, with upper and lower quartile average house prices also making some very large double-figure gains in Whangarei and Hutt City respectively.

QV general manager David Nagel commented: “There’s growing evidence to suggest that significant numbers of investors have hit pause following the Government’s recent tax changes, but we’ve yet to see any impact of this on house prices with the entry-level houses they typically target rising in value even faster than before the announcement.” 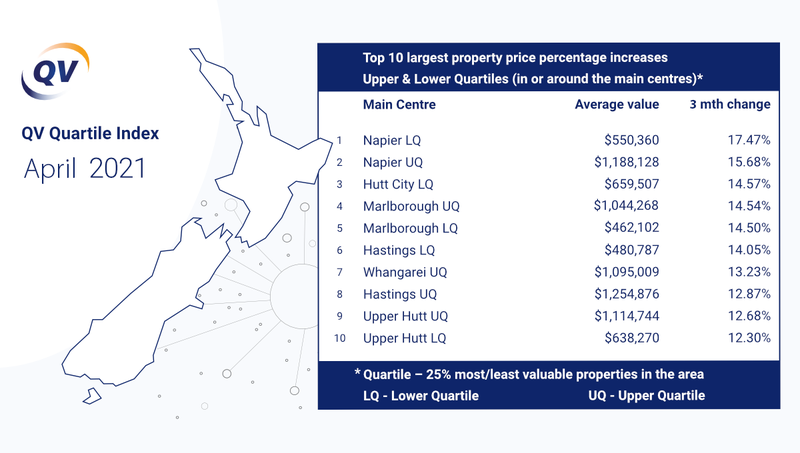 The prices of NZ’s most expensive housing have also risen more rapidly this quarter than last. As previously reported, though the lower quartile continues to outperform the upper quartile in most areas of the country, the gap between the two appears to be gradually narrowing as price pressure begins to shift upward.

For the April quarter, the difference between average price growth in the upper and lower quarters of the residential property market was less than half a percentage point – down from 0.9% and 0.6% in previous months.

“The gap isn’t narrowing because any heat has come out of the lower end of the market yet. It’s narrowing because next-home buyers have been feeling confident enough to make the most of low interest rates and previous capital gains to up-sell their home for something better,” said Mr Nagel.

“It’ll be interesting to see whether these Kiwis will stay put when the world slowly begins to open up again or whether we’ll see more stock become available as they head off on their next adventures.”

Keep track of the latest house prices in your region via our interactive House Price Index.