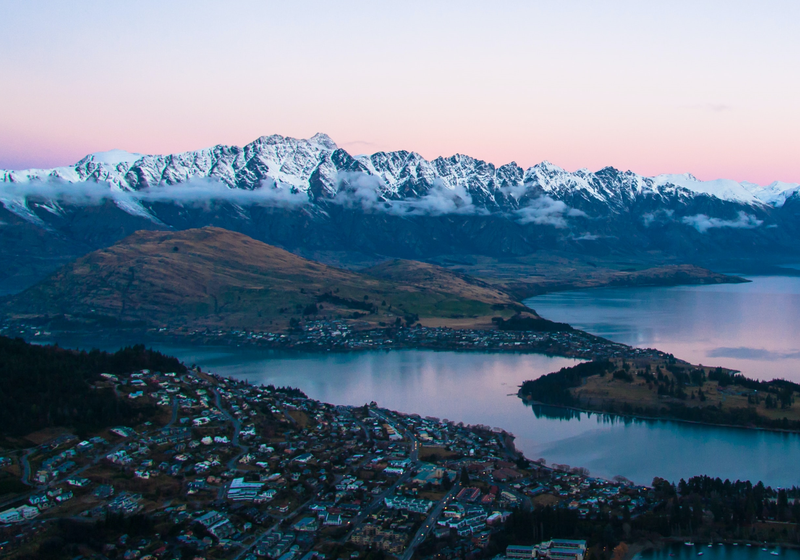 It’s been another winter of discontent for first-home buyers with entry-level house prices rising at their fastest rate in five years.

The latest QV Quartile Index, which tracks house prices and sales at both ends of the residential property ladder, shows that the value of New Zealand’s least expensive homes increased by an average of 3.6% across the main centres this winter – a rate greater than the last two winters combined.

In the three months from the start of June to the end of August, first-home values have also risen by 0.3% more than the national average and 2.1% more than the same time last year.

Quotable Value general manager David Nagel commented: “Winter is usually a time when we see a bit of heat come out of the property market. We have seen that to a certain extent this year, with average house price rises dipping across the country’s main centres from an April peak of 3.1% in a single month to just 1.2% in August.

“But the runaway residential property market that was unleashed last year is taking a long time to slow right down. House price rises will have to stop eventually, especially since interest rates are almost certainly going to rise soon, but unfortunately it’s not getting any easier for first-home buyers in the meantime.” 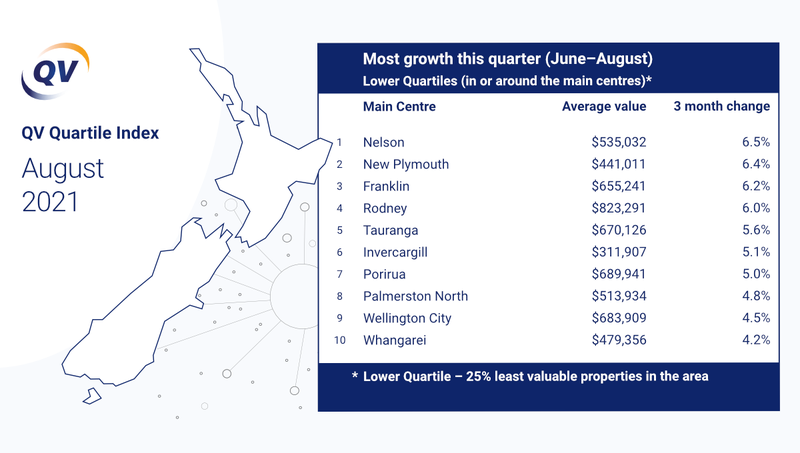 But buyers may be somewhat pleased to note that lower quartile home values have dropped 0.6% in Auckland’s central suburbs. There was a similarly small drop across the lower quartile in Marlborough and no growth whatsoever in Hastings.

“House price rises are generally easing through a combination of government intervention, the return of stricter LVRs, the tightening of credit availability, and the imminent prospect of interest rate rises. Now, as we move into spring, I expect that trend to continue as it has been, slowly but surely,” said Mr Nagel.

Meanwhile, he said Auckland’s current struggles to suppress the Delta strain of Covid-19, with the rest of the country in alert level two, would likely delay the usual spring spike in the number of houses for sale across the country.

“Most vendors will likely be waiting until restrictions ease further before listing their properties for sale, so we may see further constraints on supply for some time yet, not to mention delays to the building of new homes up and down the country,” Mr Nagel added.

Keep track of all these value movements and in many more regions around New Zealand via our interactive QV House Price Index.