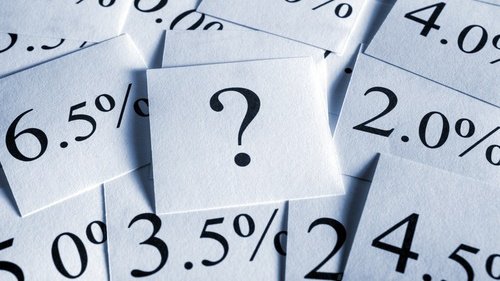 Global economics research firm Capital Economics has doubled down on forecasts made only a week ago that the Reserve Bank will be the first advanced economy central bank to hike interest rates - and it now additionally sees the RBNZ ending its quantitative easing (QE) programme by the middle of THIS year.

It also believes that due to New Zealand's much better than anticipated recovery from the Covid economic crisis, the RBNZ will end both its large scale asset purchases (LSAP) and funding for lending (FLP) programmes by June. It picks a final size of LSAP purchases of around $60 billion - while at this stage the RBNZ is allowing for $100 billion.

The new forecasts make Capital very much an outlier among economists, most of whom were predicting not many weeks ago that the OCR would go negative early this year. While most economists have now backed away from such a scenario, they are mostly picking a flat OCR for the foreseeable future.

Capital Economics describes itself as one of the leading independent economic research companies in the world, with a team of more than 60 experienced economists providing macroeconomic, financial market and sectoral analysis, forecasts and consultancy, from offices in London, New York, Toronto, and Singapore.

"However, there are several reasons why we no longer expect further monetary stimulus."

Firstly, Udy said the recovery in output occurred much faster than Capital had anticipated as GDP returned to pre-virus levels in Q3. And while the RBNZ was forecasting a renewed decline in output in the first half of this year, recent data suggest GDP has continued rising. Second, most measures of underlying inflation surged in Q4. All of them are now close the RBNZ’s target mid-point of 2% in its 1%-3% range.

"Third, the housing market in New Zealand is running red hot. House prices are up nearly 20% from a year ago and show little sign of coming back down to earth. The surge in house prices prompted the Minister of Finance to write to RBNZ Governor Adrian Orr suggesting that house prices be added to the Bank’s monetary policy mandate. While the Bank rebuked that suggestion, we doubt Orr would be keen to exacerbate these political tensions by cutting interest rates further."

Udy said that Capital's forecast of a rapid recovery in output means that it expects the unemployment rate to decline to around 4.5% by the end of 2022, consistent with employment being above its maximum sustainable level. Taken together with their forecast that underlying inflation will remain close to the Bank’s target mid-point, "we think the [central] Bank will turn its focus to policy tightening before long".

"The Bank’s first step would be to wind down its asset purchase programme, which foresees $100 billion in government bond purchases by June 2022. We suspect the Bank ends purchases around the middle of this year which, would probably mark a total of $60 billion of bond purchases," Udy said.

"We doubt that would cause GDP growth to slow markedly or prevent progress on the Bank’s inflation or employment targets.

"By the end of 2022 we expect inflation will have been around or above target for nearly two years and that employment should be above its maximum sustainable level.

"As things stand, that would make the RBNZ the first central bank in the developed world to lift interest rates following the virus outbreak."