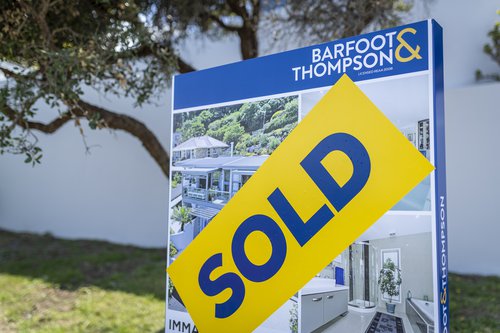 "This January was the most active January we have experienced as an agency for 17 years," Barfoot & Thompson Managing Director Peter Thompson said.

"Even during the height of the last property cycle we never came close to selling this many homes in a January."

The hectic activity was helped by a surge of new listings, with the agency receiving 1378 residential listings in January, up 28% compared to January last year and the highest number for the month of January in eight years.

It was the lowest level of stock the agency has had at the end of January since 2016, meaning the supply of homes for sale remains tight.

The average and median prices of the properties sold in January both eased back from the record highs set in December, albeit both were higher than in any previous month except December.

"The average and median prices invariably dip between January and December given the absence of many high-end buyers from the market over the holiday season, and it is not until March that high-end property sales again start to have a greater influence on sales data," Peter Thompson said.

"The strong sales numbers in January have set the market up for an active first quarter's trading."