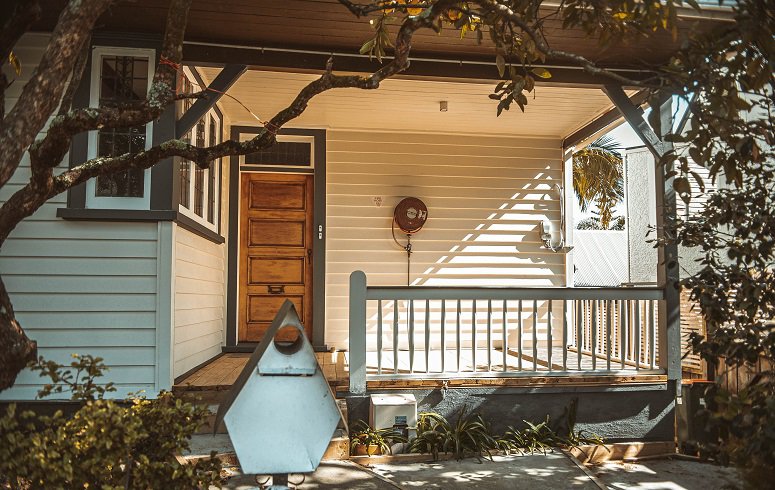 House price growth dropped off at both ends of the market last month – but it remains to be seen whether this is the start of a long-term trend or merely a blip that will bounce back in coming weeks and months.

The latest QV Quartile Index, which tracks the prices of the 25% most and least expensive houses in New Zealand, shows average value growth across both the upper and lower quartiles in the 16 major urban centres we monitor was around 1.7% in May, down from 3.4% and 3.5% respectively in April.

It’s the first time that the average monthly house price value growth across these centres has dipped below 2% this calendar year, with many of the biggest dips occurring in some of the country’s hottest residential property markets – namely Marlborough, Wellington city, Hastings, and Napier. 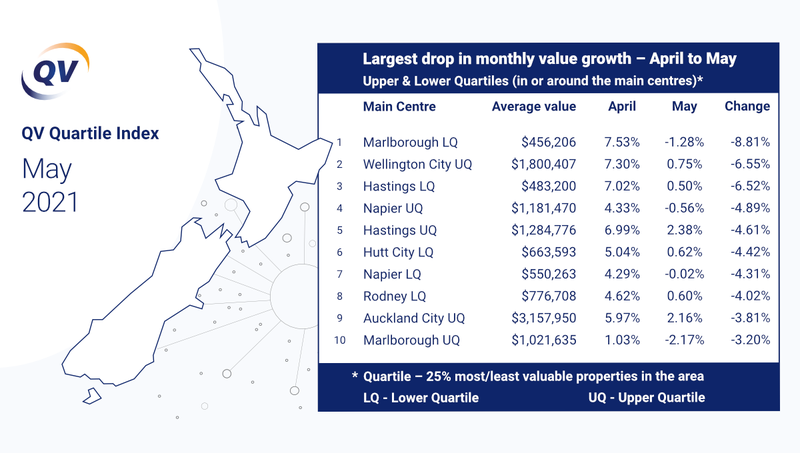 Quotable Value (QV) general manager David Nagel commented: “While it’s certainly promising to see a bit of steam come out of the residential property market, we’ve still got some way to go until you can officially say it’s cooling off. Prices are still going up, by a lot in many places – they just didn’t go up by as much in May as they have in previous months.

“Time will tell whether this is the start of a long-term trend, a slight seasonal downturn as we head into the colder months when the property market tends to be less active anyway, or even a market anomaly that will rectify itself in next month’s set of figures, which could very well be the case.

“I do suspect that we’ll likely see a continued slowing in the rate of price increases over the coming months as the property market begins to find its new normal in the wake of the Government’s March tax announcement, which has caused many potential purchasers to pause and take stock of the unfolding situation.” 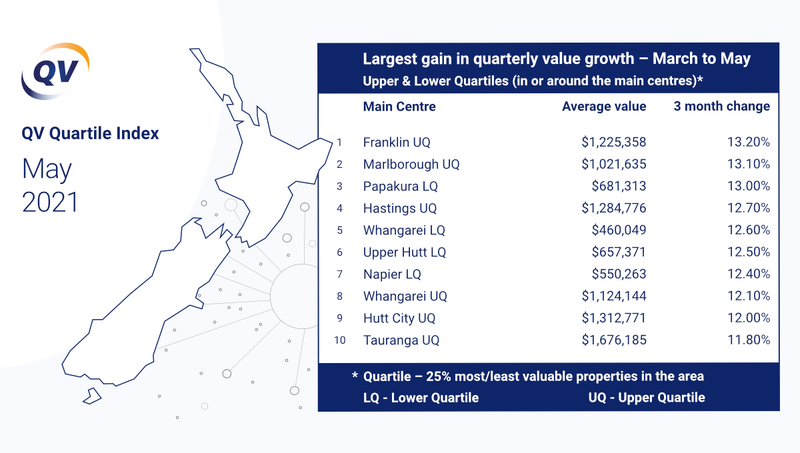 QV’s rolling three-month average ensures a larger sample of sales data and often provides a smoother trend over time than the monthly index, which tends to fluctuate more. In the three months ending 31 May, it showed upper and lower quartile prices in the 16 major urban centres we monitor had increased by 8.5% and 8.3% respectively – down from 9.3% and 9.6% in April.

“Property owners continue to make significant capital gains up and down the country right now, so any talk of the property market cooling may be a tad premature. We should have a clearer picture next month and the one after that,” Mr Nagel added.

You can now view and keep track of all these value movements via our interactive QV House Price Index.