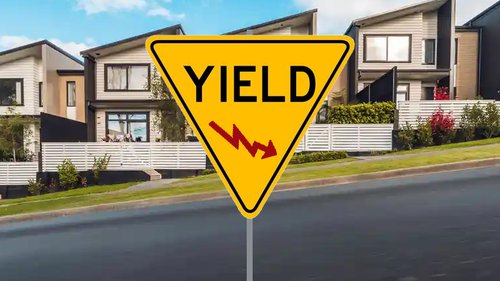 According to interest.co.nz's Rental Yield Indicator, the rental income earning potential of residential investment properties continues to be squeezed as capital values rise faster than rents in most areas, reducing the income return to investors.

This, combined with expected increases in mortgage interest rates (temporarily put on hold while the economic impact of the latest COVID lockdown is assessed) and the pending removal of mortgage interest as a tax deductible expense, could start to take some of the shine off residential property as an investment option.

Interest.co.nz's Rental Yield Indicator tracks the indicative gross rental yields on three bedroom houses in 56 locations around the country where there is a high level of rental activity.

Over the six months to the end of June this year, indicative rental yields decreased in 35 locations, increased in nine and were unchanged in 10, compared to the six months ended March this year, (the yield figures could not be updated for two districts - Timaru and Invercargill, due to technical difficulties).

That suggests that overall, the income earning potential of residential investment properties relative to their capital value is continuing to decline.

However in spite of the growing number of challenges that residential property investors are likely to face over the next couple of years, there is still no sign of a mass exodus of them from the market as was predicted by some commentators when the Government announced its planned changes to the tax treatment of residential investment property back in March.

That's most likely because many investors, and probably a large majority of them, would have owned their properties for a significant length of time and during that period would have seen both the capital value of their properties and the rental income stream they generate increase significantly, while their mortgage payments would have declined substantially due to falling interest rates.

Investors in that fortunate position would have absolutely no compelling reason to sell.

Those who could start to be squeezed are more likely to be those investors who have purchased relatively recently and/or are carrying high levels of debt.

A combination of low yields, rising interest rates and a lack of interest deductibility could start to squeeze their cash flows at some stage, potentially forcing some of them out of the market.

You can see the Indicative Rental Yields for all 56 locations tracked by interest.co.nz here.