How high household debt and the swathe of mortgages due to rollover within the next year could make NZ particularly sensitive to interest rate rises... should they eventuate soon 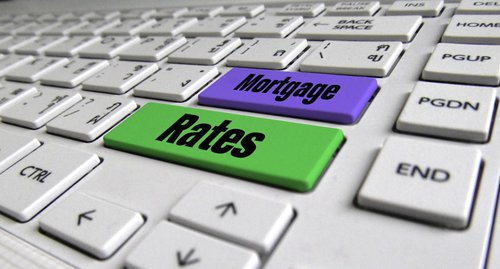 Questions are being raised over what the Reserve Bank’s (RBNZ) hawkish tilt means for the bulk of mortgages that are due to rollover within the next six to 12 months.

The RBNZ, in its Monetary Policy Statement released on Wednesday, surprised financial markets by pencilling in a series of Official Cash Rate (OCR) hikes from the latter half of 2022.

RBNZ Governor Adrian Orr acknowledged that because so much of the country’s economic growth has come off the back of higher debt and asset prices, the economy is very sensitive to interest rate changes.

Accordingly, he expected the RBNZ to get “reasonable bang for buck” with any shift in monetary policy.

“That’s why we keep putting that warning out: Think about long-term average interest rates, not what you’re currently being offered,” Orr said.

'An enormous amount of fixing flow into a tightening cycle' 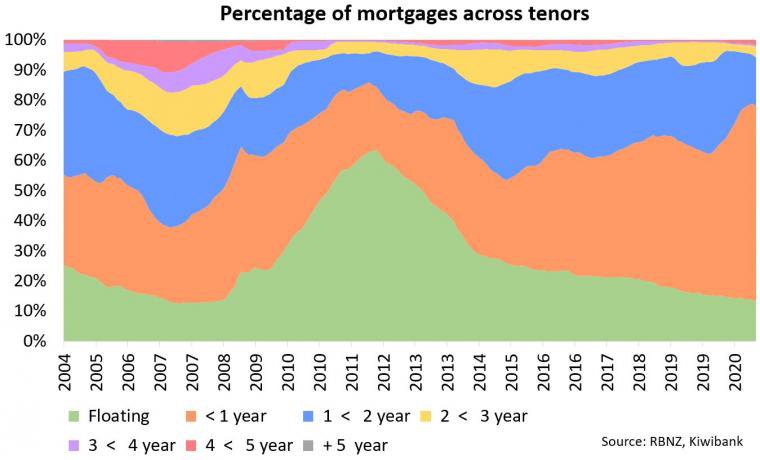 “That’s an enormous amount of fixing flow into a tightening cycle,” Kerr said, noting the country’s aggregate mortgage book is as short as it comes at the moment.

If enough people fix their mortgages at slightly longer terms, Kerr believed this could push wholesale interest rates up even further.

Kerr noted three to five-year mortgage rates have already started to rise, but not as much as the movement in wholesale interest rates.

“This suggests banks may start passing on higher wholesale interest rates to mortgage rates in coming weeks,” he said.

“We’re not trying to scare the horses here. I’m simply stating that last time we were in position like this, it happened.”

The “last time” Kerr is referring to is 2012. He said a change of tone by the RBNZ prompted billions of dollars of mortgages on floating rates to fix in a matter of days. This pushed swap rates up.

Kerr said the shift might happen over a matter of months this time, as households sitting on short-dated mortgage rates look at the messaging from the RBNZ and look to fix for longer than one or two years.

The assumption at the heart of Kerr’s view is of course that mortgage holders believe there will be enough heat in the economy for the RBNZ to justify raising interest rates next year - likely ahead of its international peers.

But what if inflation doesn't rise enough to warrant an OCR hike next year?

However, Orr himself recognised there was still a lot of water to go under the bridge.

There are uncertainties around how much pressure skills shortages will put on wage growth, how much the Government’s tax changes and RBNZ’s reinstatement of loan-to-value ratios will cool the housing market and thus the economy more generally, and the extent to which inflationary pressures from supply chain disruptions and high oil prices are temporary.

OCR hikes for 2022 remain a projection, not forward guidance.

What’s more, OCR hikes in 2014 were reversed fairly quickly in 2015, as it turned out the economy still needed more fuel as inflation threats dissolved. The OCR has only tracked downward since then.