With hundreds of fixed term rental agreements on Auckland CBD apartments about to expire, investors are worried about the potential for rising vacancy levels and falling rents 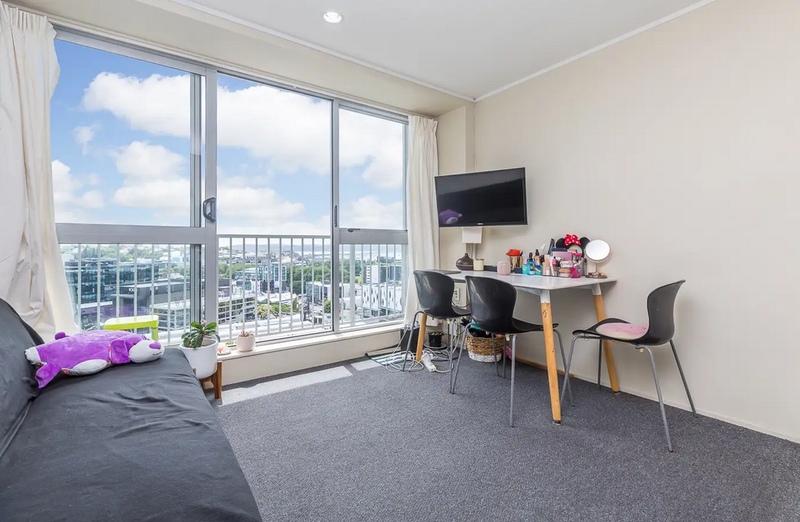 A dark cloud of uncertainty hangs over Auckland's CBD apartment market heading into the New Year, with the fixed term tenancies of hundreds of inner city apartments about to end, and concerns about their ability to attract new tenants.

However overseas student numbers are continuing to decline due to COVID-19 restrictions on international travel.

That has CBD apartment landlords worried about rising vacancy rates putting downward pressure on rents and those same concerns are making investors re-evaluate how much they are prepared to pay for such properties.

However larger apartments that are more likely to appeal to owner-occupiers and are often located in the suburbs, are not facing the same pressures.

Investor caution is evident at the main Auckland apartment auctions, where prices for smaller CBD apartments are often well down from previous highs and many are being passed in, as a widening gap opens up between the prices buyers are prepared to pay and the prices vendors are prepared to accept.

Fairly typical was a one bedroom apartment in the Forte building on Symonds Street, auctioned by City Sales on December 16.

Located in the heart of the university precinct it was standard investor fare with a floor area of 24 square metres and the bonus of a functional balcony that afforded views across Grafton Gully and the Symonds St cityscape.

However, although there were multiple bidders for the property, it sold under the hammer for just $260,000.

Buyers were similarly cautious at Ray White City Apartments' auction on December 17, where 17 apartments were offered.

One of them was a two bedroom (37 square metre) apartment in the Zest building on the Hobson St ridge, which had good views looking over Freemans Bay to the Harbour Bridge.

There were multiple bidders for the property and it sold under the hammer for $287,000.

Also of note at the same auction were two units in the Unilodge on Beach complex on Beach Rd in the CBD.

This is a managed student accommodation facility and both units were studios, one of 17 square metres the other of 19 squares, but there was one important difference between them.

But the 17 square metre unit that was still under management contract, attracted a single bid of just $20,000 before it too was passed in.

By the end of the auction just four of the 17 units offered had sold.