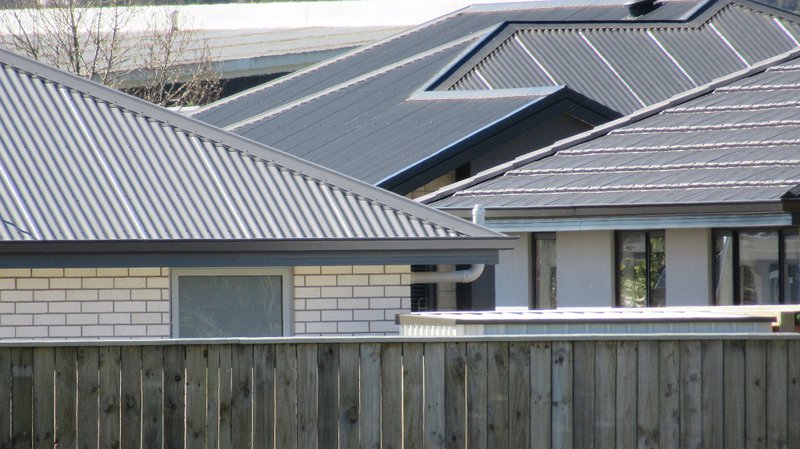 Macroeconomic policy support may be needed if there is a deep and rapid correction in the New Zealand housing market, the International Monetary Fund says.

In its latest review of the New Zealand economy, the IMF has had a close and detailed look at the housing market here.

It says that financial stability risks from a sharp downturn in the housing market are limited given high bank capitalisation, "but pockets of vulnerability, particularly amongst recent borrowers, may exist".

"More broadly, there is likely to be a larger impact on consumption through wealth and sentiment effects. In a scenario of a marked housing correction, macroeconomic policy support may be needed to avoid second round effects and a pronounced downturn."

The IMF notes that price increases in New Zealand have been higher than in other advanced economies, particularly in the post-Covid-19 period.

"House prices in New Zealand were already increasing faster than in its peers before Covid-19, and the pandemic accelerated this trend.

"Since 1998, prices in New Zealand have increased by over 250%, almost four times the average increase across OECD countries (around 70%).

A similar trend is observed for affordability metrics, with New Zealand impacted more strongly than most other OECD countries, the IMF says.

"Comparing across countries is challenging given vastly different starting points and heterogeneity in quality of housing. However, we can focus on changes in these metrics to assess whether affordability has improved or deteriorated over time. New Zealand ranks highest in the Asia-Pacific region and is near the top among OECD countries in terms of increases in house-price-to-income and house-price-to-rent ratios since 2015."

The IMF says macroprudential measures in NZ to alleviate the impact of the pandemic eased housing credit attainability, including for investment, "further increasing demand".

"The temporary removal of loan-to-value (LVR) restrictions during the pandemic resulted in an increase in high LVR and high debt-to-income (DTI) lending.

"A large contributor to overall demand was investor appetite, driven in part by easy attainability of high LVR mortgages for investors. 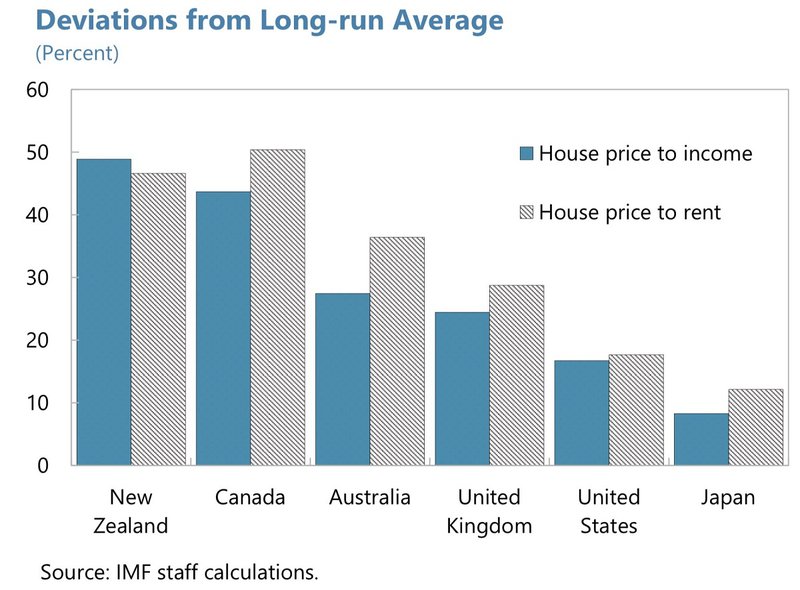 "This was particularly the case because mortgage interest payments as a share of rents were also low, resulting in lucrative opportunities for investors. However, this increase in investor demand might have helped check the increase in rental prices to some extent."

Now the IMF says a moderation of prices has set in, "but there are macroeconomic risks in both directions".

"The timing and depth of the turnaround in the housing market remains uncertain, as house prices have proven difficult to predict (house price expectations pointed to a decline during the pandemic, which did not take place). House prices could quickly stabilise or decline sharply. A sudden and deep correction would likely have significant spillovers to the rest of the economy."

"We can measure affordability using a borrowing capacity approach based on the maximum size of a mortgage loan attainable by a household to finance a home purchase given its income, the prevailing mortgage rate, and leverage requirements.

"Until recently, low mortgage rates meant that median house prices in New Zealand were about 26% higher than house prices attainable under a 30% debt-service-to-income ratio (DSTI).

"But the rise in mortgage rates at the end of 2021 and its projected path in 2022 are set to increase this gap to over 60% by June 2022 if house prices remain at the December 2021 level. This raises serious affordability concerns."

Borrowers are vulnerable to rising interest rates, the IMF notes.

As interest rates rise, homeowners, particularly those who have taken out mortgages recently with high home values, will face higher interest payments relative to their incomes as their mortgages reprice.

"While there has been a trend towards taking out longer fixed-term mortgages, especially in 2021 when rates were at an all-time low, a vast majority of mortgages in New Zealand are at a floating rate or fixed for less than one year, with only 5% of owner occupier mortgages fixed for three or more years.

"Estimates suggest that during 2022, almost NZ$215 billion worth of mortgages will have to be rolled over at sharply higher interest rates."

Higher interest payments will be a drag on private consumption and economic growth, the IMF says.

Although stress tests by banks suggest that most borrowers are likely to be able to afford this increase in mortgage rates, limiting financial stability risks, interest payments as a share of disposable income are expected to increase significantly.

"Since their trough in June-2021, implicit interest rates on housing—calculated as the ratio of households’ interest payment on housing loans over total housing loans outstanding—increased from 3.2% to 4.2% at the end of December 2021, and are expected to increase (based on our baseline projection for policy rates) to 4.7% and 6.1% by June 2022 and 2023 respectively.

"The magnitude will depend on the elasticity of private consumption to disposable income, which can vary widely depending on the nature of the income shock (temporary vs permanent) and household characteristics (income distribution, savings etc.), but could range from 0.3% to 0.5% of GDP in 2022 and 0.6% to 1.3% of GDP in 2023. However, rising deposit rates could help offset some of this increase by increasing income from financial assets, though the distribution of assets and liabilities are likely to be skewed amongst households."

The IMF notes that rents have increased less and rent as a share of income has remained stable, "but the rental burden is high".

"...Data on the price of actual rentals for housing available from the household living costs price indexes show that the increases have been somewhat higher for lower income quintiles, which also have a higher weight of rents in their overall cost price indices, suggesting an increasing burden for poorer households.

"The same holds true for Māori communities, which have seen higher increases in rental prices.

"To put this in context, comparing with other OECD economies, the rental burden in New Zealand is relatively high, particularly for the bottom 20% of the income distribution.

"In addition, survey data suggests that housing satisfaction in New Zealand is relatively low compared with the rest of the OECD, while homelessness is high."

The IMF says tackling housing imbalances requires a comprehensive approach, and recent initiatives will help address these imbalances. Achieving long-term housing sustainability and affordability depends critically on freeing up land supply, improving planning and zoning, and fostering infrastructure investments to enable fast-track housing developments and lower construction costs. Recent amendments to the RMA and the easing of zoning restrictions to permit medium-density housing in all of the country’s major cities represent a major departure from the systems in place from the 1980s that encouraged low-density detached single-family housing.

"Increasing the stock of social housing also remains important. While increasing overall housing supply is critical, given high homelessness and rental burden particularly in the lower income quintiles, it is also necessary to take into account distributional issues.

"Even with a large correction in prices, low-income New Zealanders are unlikely to be able to enter the housing market in the near term. Housing costs for low-income New Zealanders have doubled as a proportion of their income since the 1980s, and homeownership rates have fallen while household debt has increased substantially. This highlights the need to increase the stock of social housing."