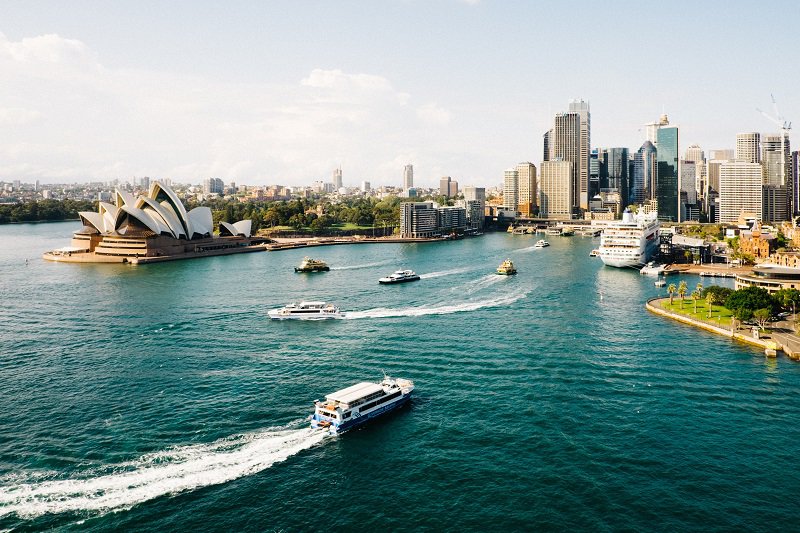 The independent global economics researcher that was among the first to pick house price falls in New Zealand this year is now tipping prices falls for "several' other "vulnerable" countries as well.

Capital Economics senior economic adviser Vicky Redwood who outlined in a report earlier this year the housing markets (including New Zealand's) that looked most vulnerable to rising interest rates, says housing markets are now showing signs of starting to weaken.

"While the consensus is that house price inflation will merely slow, we expect outright prices to fall in several of the most vulnerable markets," she said.

Last month Capital forecast peak to trough falls in NZ house prices of 20% by the middle of next year. This month the economists have forecast a 15% peak to trough drop for Australia.

Redwood said the economists had identified the housing markets that looked most vulnerable to rising interest rates, "based on how overvalued they are and the characteristics of their mortgage markets".

"House price inflation in these countries is already easing. Australia, New Zealand and Canada have seen outright monthly falls in prices. There are also signs of a slowdown in housing demand and sales.

"We have now pencilled in house price falls over the next year or two, ranging between 5% and 20%, in New Zealand, Australia, Canada, Sweden, the UK and Norway. 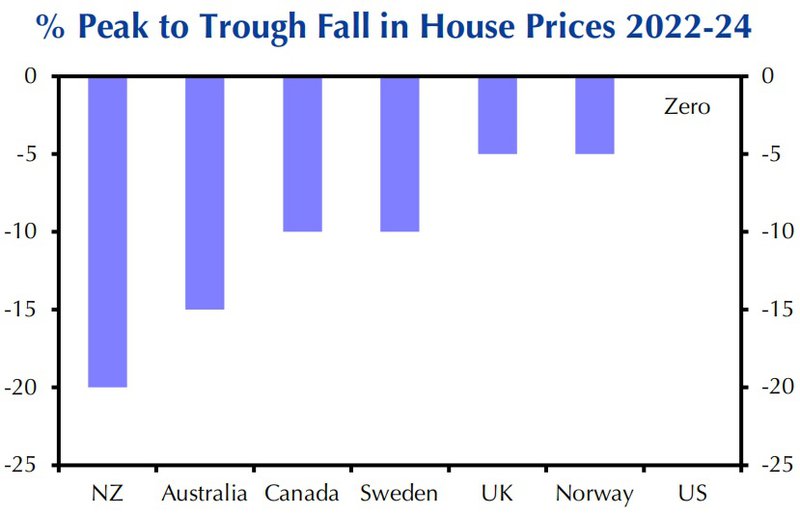 "And the risks are skewed towards even bigger falls.

"After all, even these drops will reverse only part of the rise seen over the past couple of years. And interest rates may rise further than we expect – in which case, price falls would spread to other countries including the US. (We currently expect house price inflation there to slow to zero.)" 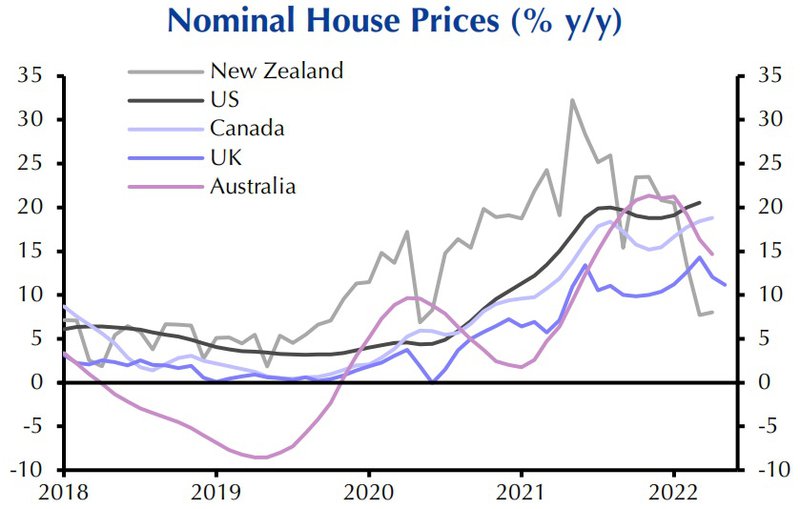 Redwood said the house price falls will drag on economic activity, although it might take until next year for the effects to be fully felt.

"Residential investment will fall as it becomes less profitable to build new houses; we expect drops of 10% to 20%, knocking 0.5% to 1% off GDP. Canada looks especially vulnerable. House price falls will also dent consumer spending by knocking confidence and reducing collateral."

Redwood said she doubted that any of this will stop central banks in those countries from continuing to raise interest rates.

"After all, weaker housing is one of the key transmissions through which higher interest rates are expected to cool demand and bring down inflation. Even if central banks are worried about causing a total collapse in housing markets, such concerns are likely to take a back seat now that inflation has got so high.

"However, countries that experience large house price falls are more likely to see interest rates peak at a lower level; indeed, this is a reason why we expect the peak in interest rates to be lower in Canada than the US. And once inflation has dropped back, falling house prices could make central banks quicker to cut interest rates; for example, we expect rates in Australia and New Zealand to fall by end-2023."

"Both central banks hiked rates by 50bp [basis points] at their latest meeting and we have now pencilled in further 50bp rate hikes in the months ahead. At the same time, house prices have started falling in both countries. House prices are down more than 5% from their November peak in New Zealand. And while prices only just fell in Australia in May, all signs point to the downturn persisting," they say.

"While we had already expected prices in both countries to decline, the steeper rate hikes we now anticipate will feed through to higher mortgage rates and higher debt repayments. That will weigh heavily on the housing market before long. We have therefore raised our forecast of the peak to trough decline in house prices to 15% in Australia and 20% in New Zealand. And those downturns should cause similar-sized falls in dwellings investment in each country in the years ahead. 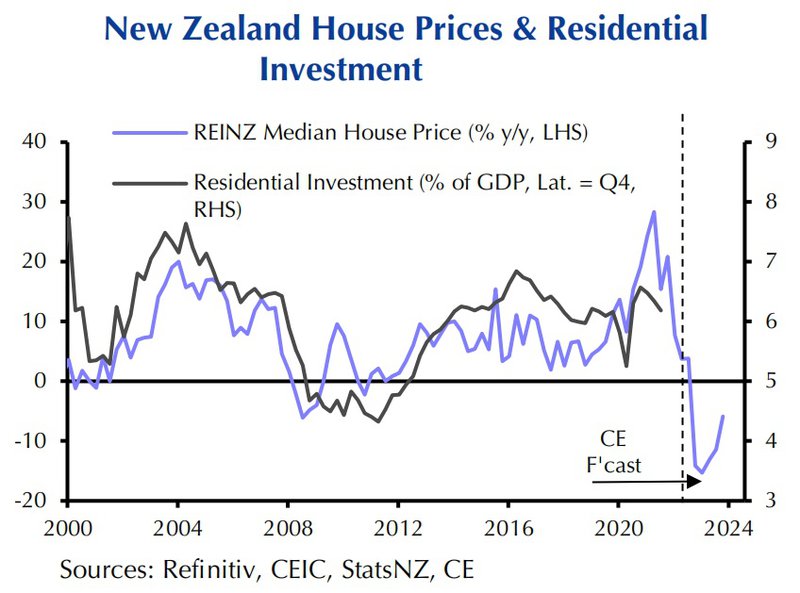 The economists say that output & activity indicators show growth in Australia should outpace New Zealand in the years ahead.

"...We think that the tailwind from the reopening of Australia’s economy should overwhelm the drag from stagnating real incomes and rising interest rates for now. Indeed, the renewed rebound in NAB business conditions points to GDP growth remaining very strong by past standards. By contrast, we think that a slump in dwellings investment in response to plunging house prices will result in sluggish GDP growth in New Zealand.

"...New Zealand’s labour market has continued to tighten with data showing job advertisements continuing to rise. That said, the steeper tightening cycle from the hawkish RBNZ should cool labour demand. And with the border set to reopen, the labour force should also get a boost so we expect the unemployment rate to rise to 4.0% by early 2023." [NZ's unemployment rate was 3.2% as at the end of March.]