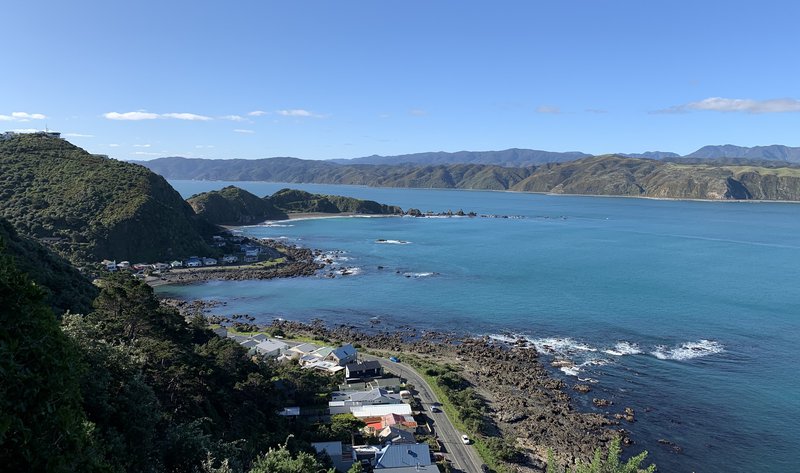 One of the most challenging tasks facing the new government is deciding the extent to which public money should be used to compensate owners of houses damaged in natural disasters, and houses at-risk of flooding, erosion and fire due to climate change.

The previous government commissioned major reviews into the Earthquake Commission Act and Resource Management Act (RMA). Labour has committed to implementing the recommendations at a high level, but is yet to work through the billion-dollar details.

Following the Canterbury Earthquakes, there’s public awareness of the complexities related to deciding how large the country’s state disaster insurance scheme should be, and accordingly, what level of premiums taxpayers should pay to support it.

The new territory we’re about to enter is deciding how to apportion the costs of adapting to climate change. In other words, protecting our homes, businesses and infrastructure from sea level rise, flooding, erosion and fires.

This will mean building seawalls and the like to protect property, but also moving away from risky areas.

The question then is, who - if anyone, should compensate the owners of these at-risk assets?

Labour has committed to drafting and passing a bill in this term of government to address the thorny issue.

The final report of the RMA review, led by retired Court of Appeal Judge Tony Randerson, recommended a national fund be established to cover the costs of managed retreat and adaptation.

It suggested the costs be shared across the country, rather than lumped on affected areas.

The report also recommended government be given the power to acquire land and “potentially” compensate landowners, and “use taxes, subsidies or other economic instruments to incentivise changes in land and resource use”.

It noted land owners in “high-risk situations” where managed retreat is required, wouldn’t be compensated enough under the existing Public Works Act.

The Act requires payment at market value. But if someone can no longer get resource consent or insurance for their coastal property for example, the value of their land would plummet and any market-based pay-out would be insufficient to help them relocate.

Randerson noted this new ‘Managed Retreat and Climate Change Adaptation Act’ would need to avoid creating a moral hazard, and consider both intergenerational equity and the Treaty of Waitangi.

He said it would also need to deal with issues around private insurance and local council liability.

Labour hasn’t specified exactly which recommendations it will adopt.

The party responded similarly to a report written further to a Public Inquiry into the Earthquake Commission (EQC).

This inquiry, led by former governor general Silvia Cartwright, recommended the cap on disaster cover provided to residential property owners increase from $150,000 to the average cost of building a house (about $400,000 at the time the report was written). Alternatively, it suggested removing the cap altogether.

This would see a seismic shift in risk from private insurers to EQC; property owners to the public purse.

The inquiry didn’t include any maths on the extent to which EQC levies that private insurance policyholders pay would have to increase to cover the cost of having such a bolstered state insurance scheme.

Nor did it detail how much of a cash injection the Crown would need to make into the Natural Disaster Fund. As at June 30, the fund was only worth about $180 million.

Cartwright told interest.co.nz she didn’t explore the cost and feasibility of obtaining a lot more reinsurance for the scheme either.

The former government accepted the “intent” of the report and directed a number of government agencies to work towards introducing legislation to amend the EQC Act by mid-2021 at the earliest.

At the heart of both the EQC Act review and the creation of the Managed Retreat and Climate Change Adaptation Act, is the issue of liability and spreading the cost of risk.

The elephant in the room, is that the government might start using the public purse to protect property owners, who are already receiving mortgage relief and largely untaxed capital gains thanks to the Reserve Bank’s efforts to lower interest rates.

This would be a huge pill to swallow for young people in particular. They’d be helping pay to de-risk an asset class they’re priced out of.

But it gets more complex. The more the government de-risks investment in property (versus other asset classes), the more attractive and thus valuable it becomes.

When basically all our eggs are in the property basket, we’re even more exposed to the risks that devalue this asset. And so, for the sake of maintaining financial stability, there’s an even greater need for us to do everything we can to protect it.

We’ve told mums and dads that taking out a massive mortgage to buy a property they can sell for a premium is a safe investment necessary for a comfortable retirement. Their local council or private insurer can’t now tell them they’ve changed their risk appetite due to climate change, shifted the goalposts and rendered their property worthless. These mums and dads would be crippled.

And so, taxpayers to the rescue!

Various government and central bank policies have created this “too big to fail” housing giant. We now have to keep satisfying its growing appetite to avoid it collapsing on us.

Clearly the government needs to take a long-term, intergenerational approach to EQC and climate adaptation legislation. Changes need to be gradual and well-signalled.

The private insurance/reinsurance sector also needs to be open about how it anticipates pricing risk in New Zealand in the future.

But fundamentally, central government, local government and the Reserve Bank need to come together to consider the direction their housing-related policies are collectively taking the country.