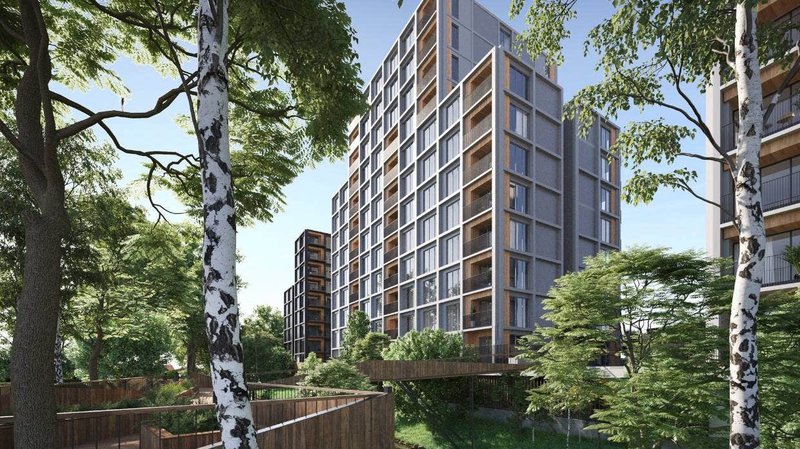 Build-to-rent is being hyped as the next big thing in our housing market but the success or failure of the concept will likely hinge on the rate at which housing rents rise over the next few years.

Build-to-rent essentially involves large scale housing developments such as apartment complexes that are owned and operated as long term rental investments by a single owner, usually a major institutional investor.

In New Zealand residential developers usually sell down the individual units in their projects to either owner-occupiers or mum and dad investors and then move on to their next project.

Corporate investors have tended to avoid taking long term holdings in the residential property market, mainly because they have been able to get better returns from traditional commercial property investments such as shops, offices, warehouses and factories.

However that is starting to change and one of NZ’s largest corporate property investors – NZX-listed Kiwi Property Group (Kiwi Property), has announced it intends to develop two large apartment complexes in Auckland, which it plans to keep as long term rental investments.

Kiwi Property owns some of NZ’s largest retail and office properties including the mixed use Sylvia Park and Lynmall centres, the Vero Centre office tower in Auckland, plus the Aurora Centre and 44 The Terrace office blocks in Wellington.

The new apartment blocks will be built as part of the company’s sprawling Sylvia Park and Lynmall complexes.

However the financial information the company has released on the projects suggests they could be financially challenging.

Kiwi Property says the Sylvia Park apartment complex will cost $221 million to build and once completed and tenanted, will provide a net yield of about 4.5%.

As at March of this year the net yield on the main Sylvia Park complex was 5.5% while Lynmall was producing a net yield of 6.63%.

So the apartments will provide a significantly lower yield than the complexes they are being added to are currently providing.

That sort of scenario is precisely why corporate investors have tended to avoid residential property, and the financials are even worse than those numbers suggest.

That’s because the 4.5% yield figure Kiwi Property has given for its Sylvia Park apartments does not include any allowance for the value of the land on which they are being built, it is based purely on the build cost.

If the value of the land was factored in, the 4.5% yield figure would be even lower.

But you also need to consider that Kiwi is hoping to fund the cost of building the apartments by selling two of its provincial shopping centres, Northlands in Christchurch and The Plaza in Palmerston North.

Yield figures for The Plaza and Northlands aren’t included in the company’s latest portfolio overview. However a recent research report by Jarden described them as “high yielding” assets and previous Kiwi Property reports have given them yields above 7%.

So not only is Kiwi Property making a move into an asset class that is lower yielding than the commercial property assets it currently owns, it is selling much higher yielding assets to finance the move.

“While the initial returns [on residential] are perhaps lower than some of the [commercial] investment classes, over time you are getting an as good, if not better return,” Kiwi chief executive Clive Mackenzie said.

“What you see in high yielding assets such as the ones we have for sale is that their growth is very limited and there’s the possibility that it could be flat to negative as well.

“So you are getting a high yield now, but that may not go anywhere or the growth may be very limited.

Mackenzie believes rising house prices will also drive up residential rents as investors seek an acceptable return on their properties, and that in turn will make residential property relatively more attractive compared to commercial.

“We can see that by looking at the evidence over the last 10-15 years in New Zealand,” he said.

“But if you look at house prices and obviously a return on capital, rents will be driven by those prices as well.

“We are fortunate in the Auckland environment that there’s a housing shortage and a rental shortage, so there’s some great underpinning of this product going forward,” he said.

Kiwi Property is also more fortunate than most property investors considering residential developments, in that it already owns the land it intends to build apartments on.

Its Sylvia Park and Lynmall properties are large sites that are not yet fully developed.

Although apartments may initially provide a lower yield than office or retail assets on those sites, they will increase the total revenue the sites produce and the yields are expected to rise over time.

But Mackenzie concedes it may not have made financial sense to move into the apartment rental market if the company had to buy the land to build them on.

“Built-to-rent works where you have a halo impact and you own the land, so we have an advantage that very few other developers are able to tap into,” he said.

Government assistance would be required to make the numbers stack up so that build-to-rent would be attractive to corporate investors where they had to buy the land for their residential projects, he said.

“To be able to do it on third party sites or freestanding sites for want of a better description, we really need to see some settings from the Government to help get this asset class going,” Mackenzie said.

“The Government is considering some settings, but we haven’t seen anything yet that would persuade us that we could make it work in standalone locations.”

Whether the settings Mackenzie refers to take the form of tax breaks or underwrites or some other form of guarantee remains to be seen, but whatever form they take they essentially come down to some sort of taxpayer funded subsidy for private developers, and large ones at that.

Putting money into commercial schemes that would not be financially viable on a standalone basis raises the specter of other ill-fated, taxpayer funded schemes such as the Supplementary Minimum Price Scheme used to subsidise farmers in the late 1970s.

However, given that there is currently a legion of vested interests promoting the idea of some sort of Government support for build-to-rent schemes and this Government’s enthusiasm for pouring money into housing schemes that produce relatively modest results, we could well see the “settings” that Mackenzie refers to being introduced.

However whether such arrangements eventuate or not, Kiwi Property is likely to be pursuing residential development well beyond the two apartment complexes at Sylvia Park and Lynmall.

Mackenzie said it was “very likely” that Kiwi Property would also develop a residential component on its large land holding at Drury in south Auckland.

“That whole area is going to be the size of Napier in the next 15-20 years and we’ve got a significant land holding there,” he said.

“Not all of it will be commercial and we want to integrate residential into it. We may do some of it, and we also may look to third party developers to do some of it.”

There is one other aspect of residential property that may prove attractive to corporate investors – its potential for significant capital gains.

Those who have been talking up the potential of build-to-rent schemes recently have made much of the fact that they have been a significant aspect of many overseas housing markets.

What is not usually mentioned is that it is also common for the corporate owners of build-to-rent complexes overseas to sell off the units in them to individual owners after a few years and reap a tidy capital gain.

Mackenzie said Kiwi Property’s intention is to retain the units it builds as long term rentals.

However he also confirmed that the apartments at Sylvia Park and Lynmall would have strata titles.

That would make it easier to sell them off individually, either to owner-occupiers or mum and dad investors, if the company decided to do so at some stage.