Kiwis borrowed easily the most ever for house purchases in a January month, with investors prominent in the frenzy 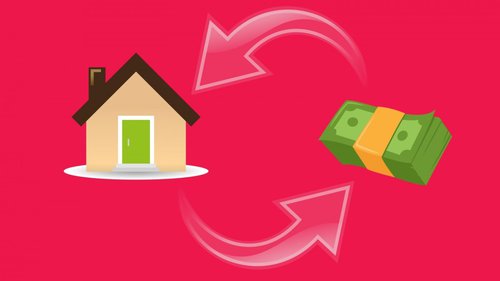 So, what did you do for your summer holiday?

Looks like a lot of Kiwis signed themselves up for a new mortgage.

Figures released by the Reserve Bank (late because of the data breach problems) show that banks advanced $6.36 billion for mortgages in January.

That's easily a record for a January month.

While the January 2021 total was well down on the stratospheric $9.652 billion borrowed in December, it's worth bearing in mind that until the last crazy four months of 2020 the record amount borrowed for any month during a year was just under $7.3 billion in May 2016.

And as has been the case in recent months, investors have been pushing their way to the front of the queue.

In January the investor grouping borrowed $1.651 billion, which made up just under 26% of the total amount borrowed. That percentage was a little higher than the 25.4% the investors grabbed in December.

While the investor share's been going up, the share for the first home buyers (FHBs) has been going down.

In January the FHBs borrowed just over $1 billion, which made up 16.2% of the total and was down from the 17.5% this grouping borrowed in December.

With the rise (again) of investors in recent months the share of borrowing going to FHBs has generally been dropping month by month.

Since then the FHB overall share of the total amount borrowed has been falling, to 19.8%, in August, 19% in September, 17.9% in October and 17.2% in November. Then it picked up in December a little but fell again in January.

The Reserve Bank temporarily removed restrictions on high loan to value ratio (LVR) lending effective from May 1, 2020. Then in November it announced it would reintroduce them.

Investors particularly took advantage of the period in which the LVRs were removed.

While the LVR limits were officially restarted from March 1 this year (including 30% deposits for investors, rising to 40% from May 1, 2021) many banks started applying restrictions from the time of the November announcement.

This compares with a percentage of 33.5% of high LVR borrowing by investors in December and 37.6% in November. In October, before the reintroduction of LVRs was announced, as much as 39.2% of the investor borrowing was on high LVRs.

The RBNZ is still playing catch-up with the monthly figures and will be issuing the February mortgage figures next week.