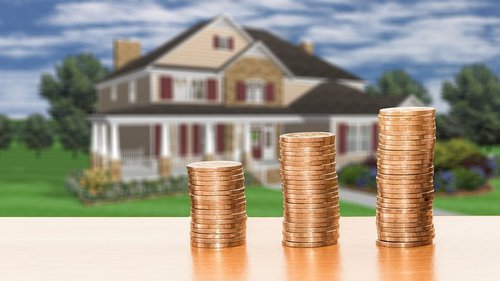 May 2016 was a pretty hot month for the housing market in this country.

A record $7.287 billion was borrowed during the month. It was probably that month that inspired the Reserve Bank to slap 40% deposit rules on investors (a move that was announced in July 2016).

The record stood for some 51 months, finally getting broken as New Zealand was stirring itself from a lockdown in the midst of a pandemic.

Since that record was broken in September 2020, we've seen every month bar one break the May 2016 mark. The one month that didn't meet the old mark was January 2021. But nevertheless, the $6.36 billion advanced for mortgages this past January was very easily the biggest tally ever for this traditionally quiet month, and beat the previous record (set last year) by a whopping $1.646 billion.

With Reserve Bank figures showing that for May 2021 $8.92 billion was advanced for mortgages, this brought the total amount loaned in the first five months of this year to a spectacular $41.854 billion. It's not comparing apples with apples, but probably worth mentioning anyway that the total mortgage pile outstanding for the country as of the start of this year was about $300 billion.

The $41.854 billion figure up to May represents an average of $8.371 billion per month advanced this year to date - so, well ahead of that old monthly record of just under $7.3 billion.

Comparisons with last year are messed up by the fact that April and May 2020 were the lockdown-affected months.

But as some means of comparison, in the first five months of 2019 there was a total of just $26.54 billion advanced for mortgages at an average of $5.308 billion a month.

So, not that we needed telling, but it's hot out there at the moment. 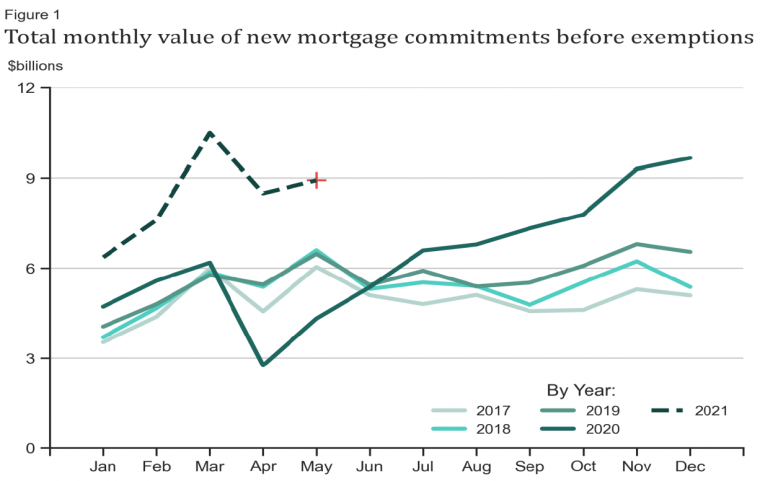 The size of the mortgages has been increasing too.

Going back to that May 2016 record again, there we some 35,112 mortgages advanced (in terms of numbers of mortgages in a month - this is still a record high). The average size of those mortgages was about $207,500.

The size of mortgage on average spiked very noticeably during the big surge in the latter half of last year. In May 2020 the average sized mortgage was $275,000, but by December it had spiked to $337,500.

The low interest rates and the removal of loan to value ratio (LVR) limits obviously helped this surge. It will be interesting to see if the reintroduction of the limits - particularly more demanding deposit rules (back to 40% as of May) for investors either is now having an impact or will have an impact.

One clear impact of the renewed curbs on investors has been the upward spike again in the share of mortgage money going to first home buyers.

This grouping hit a high in terms of share of 20.4% of monthly mortgage money as of July 2020 but by earlier this year had dropped under 17%.

As of May 2021 the FHBs had taken their share back up to 19.7%, while in terms of the amount of money borrowed, the $1.757 billion the FHBs grabbed was the second highest ever. The highest was just a bit higher at $1.775 billion in March 2020 - but that was the current overall monthly mortgage record holder with a gobsmacking $10.487 billion advanced.

In terms of what the FHBs are borrowing - IE how much, the average-sized mortgage for the FHB grouping (3205 mortgages) was $548,000. That's up from just under $450,000 a year ago. The RBNZ published figures don't separate out the Auckland figures from national figures - but you can assume they are quite a bit higher.

All of these figures suggest perhaps the housing market is gradually coming off its peak of activity - but only slowly.

In its May Monetary Policy Statement, the Reserve Bank predicted house price inflation of 28.5% for the June 2020 year and then falling all the way back to just 0.4% in 12 months time. In terms of quarterly figures it projected that quarterly house price inflation will drop from an actual 7.9% in the March quarter, to an estimated 5.5% in the June quarter and then just 0.2% in the September quarter.

As I said in a column last week then, we would need to see signs the housing market is cooling considerably by the time the July housing sales and mortgage figures come in.

The May mortgage figures are really showing no sign of this kind of magnitude of slowing. And it will be pretty interesting to see what the RBNZ does if there aren't some more substantial signs of slowing soon.