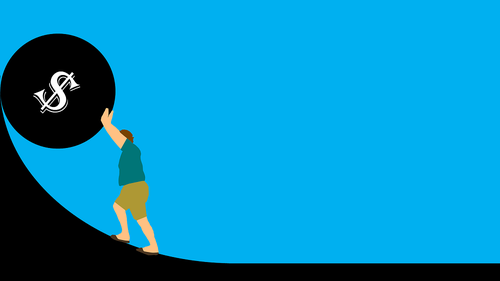 Debt to income ratios of those buying houses at the end of 2020 blew out enormously, a crunch of the latest Reserve Bank figures on residential mortgage lending by debt-to-income ratio (DTI) shows.

In Auckland, as at the end of last year, nearly two-thirds of the amount of money borrowed by first home buyers (FHBs) was on a DTI of five times or more.

Even the figures for other owner-occupiers in Auckland were getting stratospheric, with 57.2% of the money borrowed in December at a DTI of five times or more.

The RBNZ tallies the figures monthly, but issues them quarterly.

The latest figures, up to December, have been delayed by the data breach problem suffered by the RBNZ over Christmas.

While what you might regard as a 'high' DTI is subjective, the RBNZ monitors closely borrowing that is five times or more annual income.

And of course the RBNZ is set to report back to Finance Minister Grant Robertson in May with recommendations over the possible inclusion in the RBNZ's 'macro-prudential toolkit' of a measure to limit DTIs.

To this point Robertson has favoured introducing such a measure for investors and has not wanted to put such limits on FHBs.

The RBNZ has pushed for a general application of DTIs - and these new figures would tend to indicate why. The FHBs are getting very geared.

As mentioned, these figures are produced quarterly, but in the interests of simplicity I have focused on the December figures and compared them with the September 2020 figures and also the December 2019 figures.

In December, on a nationwide basis, first home buyers borrowed $1.691 billion. Of this, some $825 million - just under half of the total - was borrowed on DTIs of five or above. That's a very sharp rise since September.

In terms of Auckland FHBs, it's much worse. They borrowed $753 million, and $488 million of that was borrowed on DTIs of five and above.

Other owner-occupiers generally don't have to stretch themselves as far. But in the Auckland market that's now starting to not become the case - owner-occupiers in the country's biggest city are getting stretched too.

In December the Auckland owner-occupiers (not including FHBs) borrowed $1.531 billion. Of this, well over half - at $875 million - was borrowed at DTIs over five.

As can be seen all of the figures have blown out substantially in the three months from September to December. It can only be imagined that has continued.

Figures such as these would suggest that the introduction of DTI limits might be inevitable. The key question will be whether they will apply to FHBs.

On financial stability grounds alone, these figures would suggest DTI limits should apply to FHBs. But the Government would probably find that unpalatable.