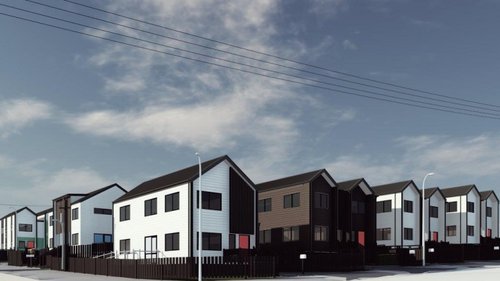 There was a sharp drop in the number of new homes completed in Auckland in July, with Auckland council issuing 1147 Code Compliance Certificates for new dwellings, down from the record high of 1532 in June (-25%).

Code Compliance Certificates (CCCs) are issued when a building is completed, so are a measure of the actual supply of new housing becoming available, unlike building consents which are issued before building work commences and are an indicator of future supply.

However the monthly CCC figures can be quite volatile, particularly in Auckland where they can be affected by the timing of the completion of large apartment projects.

A look at the longer term trends suggests the number of new homes being completed in Auckland may be flattening out after a strong run of sustained growth, rather than declining.

That likelihood is further reinforced by the rolling monthly average figures, which have ranged from 1163 to 1202 a month between May and July this year.

That suggests a levelling off at around 1200 new dwellings a month in Auckland (the chart below shows the rolling monthly averages from December 2013 to July 2021, with the steady increase over that period clearly evident).

However the Level 4 lockdown restrictions have likely thrown a spanner in the works over August and September., Combined with capacity constraints already evident before the restrictions were introduced which may linger after restrictions have been eased, could mean we may be well into the summer months before a clearer picture emerges on the long term trend in Auckland's new housing supply.

However the latest building consent figures suggest it should remain strong. 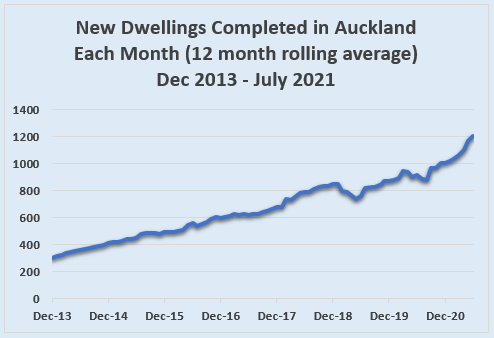