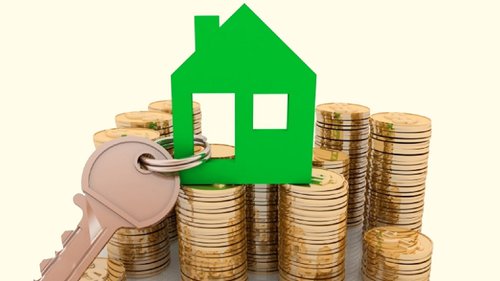 A housing market that was boiling is now merely simmering - but still radiating heat like never seen before in winter.

Latest Reserve Bank figures show that in June, $8.526 billion was advanced for mortgages - easily outstripping the previous June high of $6.8 billion in June 2016.

And while the latest figure was down on the $8.92 billion borrowed in May it kept up the record of a string of months all ahead of what was the long time record for any month of $7.3 billion set in May 2016.

Since that May 2016 record was broken in September 2020, we've seen every month bar one break the May 2016 mark. The one month that didn't meet the old mark was January 2021. But nevertheless, the $6.36 billion advanced for mortgages this past January was very easily the biggest tally ever for this traditionally quiet month, and beat the previous record (set last year) by a whopping $1.646 billion.

The $8.5 billion borrowed in the latest month takes us to a heady $50.3 billion of mortgages taken out in the first six months of this year.

First home buyers are staying strong in the market.

Investors were expected to be reined back in by the newly reintroduced RBNZ 40% deposit rules - and that is happening. Having killed the FHBs in the post-lockdown rush last year they are now taking back seat to them, with $1.436 billion borrowed in June, amounting to 16.8% of the total - the lowest total and share for this grouping since before and immediately after lockdown last year. In May investors borrowed $1.57 billion, which was 17.6% of the total.

So, the market is slowing a little. But all things are relative.

What is clear is that the FHBs and owner-occupiers have been more than willing to take up any slack provided by the retreat of investors.

These figures would again tend to suggest that the RBNZ is going to be well-out with its predictions of house price inflation virtually being snuffed out in this quarter.

In its May Monetary Policy Statement, the Reserve Bank predicted house price inflation of 28.5% for the June 2020 year and then falling all the way back to just 0.4% in 12 months time. In terms of quarterly figures it projected that quarterly house price inflation would drop from an actual 7.9% in the March quarter, to an estimated 5.5% in the June quarter and then just 0.2% in the September quarter.

If there aren't some serious signs of the housing market cooling considerably in July's housing sales and mortgage figures then the RBNZ may have to go back to the drawing board.

It could of course take more stringent action against investors - but they are now backing off. As stated above, the FHBs and other owner-occupiers have been more than happy to take up the slack.