Mortgage lending hit a record high for a second consecutive month in October.

According to the latest Reserve Bank residential mortgage lending by borrower type figures the October lending figure of $7.8 billion was the most since the RBNZ started compiling this monthly data in 2013.

And it eclipsed the previous record of just over $7.3 billion set only in September 2020. 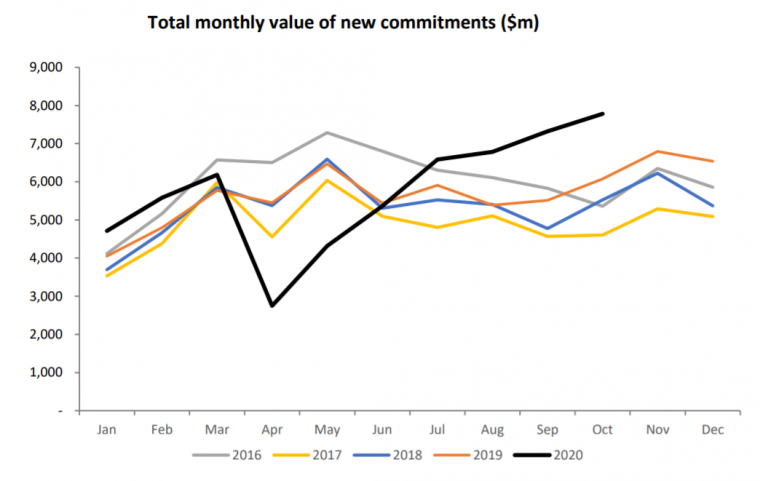 The latest month's figures confirm that investors are now very much on the march in the market again and are picking up share of the market at the expense of the first home buyers.

The $1.9 billion borrowed by investors last month was the highest amount by this grouping since July 2016. And July 2016 is significant - since that's when the RBNZ clapped tough minimum deposit requirements on the investors, slowing them down.

Also very significant is the fact that high loan to value ratio (LVR) loans to investors jumped again in October.

For investors, a high LVR loan is one where the amount borrowed is more than 70% of the value of the property. 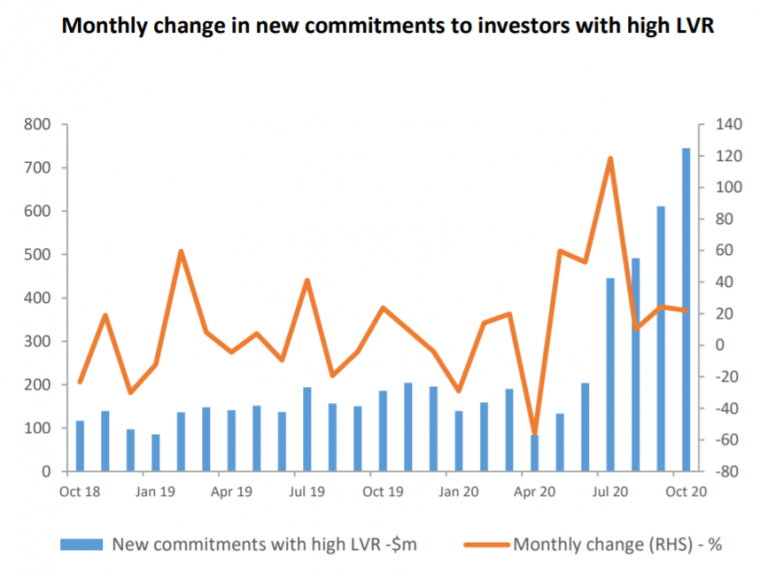 The housing market has been on a tear since New Zealand emerged fully from lockdown in June, with prices rapidly increasing.

The RBNZ lifted LVR restrictions, which had been in place in some form since 2013, in May, with the intent that they be removed for at least 12 months.

However, the RBNZ announced earlier this month that it was going to consult with the banks on reintroduction of the LVRs from March 2021. This will be on the same terms as when the LVRs removed, requiring investors to come up with 30% deposits while there will be limits - 20% of banks' new lending - on LVRs over 80% of the value of the property for owner-occupiers, including FHBs.

The RBNZ has noted the rise of more leveraged borrowing from particularly investors, following the dropping of the 30% deposit rule.

Banks are already moving to accommodate the reintroduction of the LVR rules.

First home buyers have been very active in the market this year, gaining record share for this grouping in the monthly mortgage figures.

And while the FHBs are still borrowing large amounts each month, their overall share is now falling again in the face of the increased activity from investors.

In October the FHBS borrowed exactly the amount they had in September, at just under $1.4 billion.

This is the detail supplied by the RBNZ: