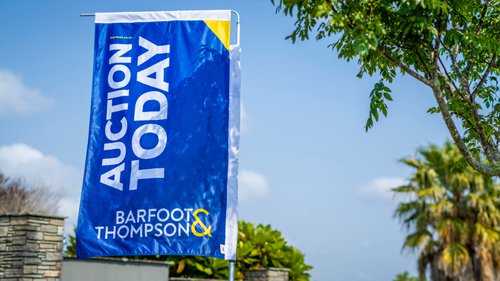 July's auction room activity reflected the exceptional strength of the housing market on the back of extraordinarily low mortgage interest rates.

Interest.co.nz monitored 1015 auctioned properties over the four weeks from July 3 to July 30. Sales were achieved on 664 of those, giving an overall sales rate of 65%.

In the equivalent four weeks of last year (July 4 - July 31) just 883 properties were offered at the auctions monitored by interest.co.nz. Sales were achieved on 481 of them, giving a sales rate of 54%.

So the number of properties going to auction is up 15% on a year ago, and the overall sales rate has gone from just over half to just on two thirds.

However in July last year the market was just starting to find its feet again after activity was severely curtailed during the COVID-19 lockdown.

We may get a better comparison by looking back to the four weeks from July 1 - July 28, 2019, when there were just 529 properties offered at the auctions monitored by interest.co.nz and sales were achieved on 213 of those, giving an overall sales rate of 40%.

Also of note is that in July 2019 only 54% of the auction sales recorded by interest.co.nz were at prices above their equivalent rating valuations. In July this year that figure had shot up to 96%.

What is particularly surprising is that the strength of the current market has been maintained throughout the winter months this year, during a period in which population growth from migration has been brought to a virtual standstill, the supply of new housing continues to set new records, the Government has announced significant changes to the taxation of property, and loan-to-value ratio (LVR) restrictions on new lending have been reinstated.

That points the finger of blame at the Reserve Bank for unleashing the genie of irrational exuberance on the market, by slashing mortgage interest rates to microscopic levels and temporarily removing LVR restrictions designed to temper irresponsible mortgage lending.

The feeding frenzy this produced saw house prices go not just through the roof, but up into the clouds, all funded by a growing mountain of debt while speculators, real estate agents and the banks clipped the ticket.

The next check on the market's momentum will be August 18 when the Reserve Bank will review the Official Cash Rate, with many commentators expecting it to significantly lift interest rates as it attempts to push the housing genie back into its increasingly battered looking lamp.