More than 16,000 new homes built in Auckland in 12 months to September 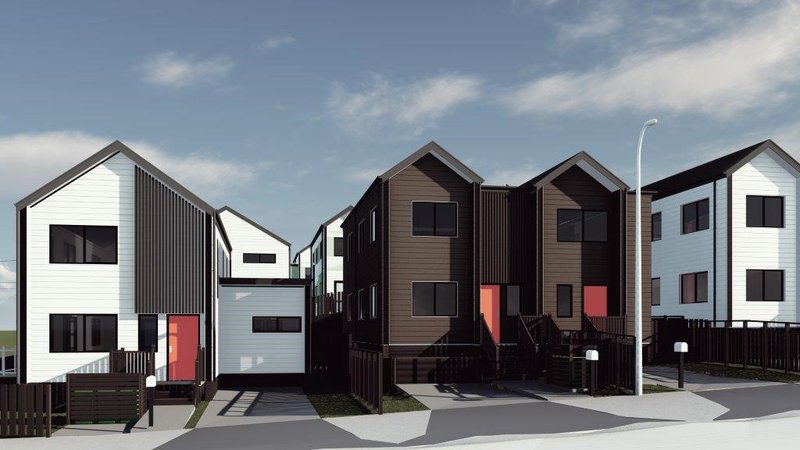 Construction of new homes is booming in in Auckland with the number of new dwellings completed in the third quarter of the year up by nearly 50% compared to the same period of last year.

Auckland Council issued 5195 Code Compliance Certificates (CCCs) for new dwellings in the three months to the end of September, up 47% compared to the 3534 CCCs issued in the same period of last year.

The latest figures will be a relief to many who watch the Auckland housing market after Auckland Council incorrectly reported its CCC figures for July and August, showing a sharp downturn in the number of dwellings being completed.

The Council's original figures showed there were 697 CCCs issued for new dwellings in July this year and 656 in August, compared to 1118 and 1244 respectively in July and August last year.

"The mistake was caused by an accounting error," Auckland Council said in a statement to interest.co.nz.

"Sincere apologies to those who have used incorrect data.

"Process changes to ensure an error like this can't happen again are already underway."

The Council's revised figures show that 1884 CCCs were issued for new dwellings in July and 1574 in August, which with the 1737 issued in September gives a combined total of 5195 for the third quarter.

In the 12 months to the end of September 16,014 new dwellings were completed in Auckland.

That total would have been even higher were it not for the effects of the pandemic lockdown in the second quarter of this year, which caused delays for many projects.

The graph below shows the monthly dwelling completions in Auckland over the last two years. 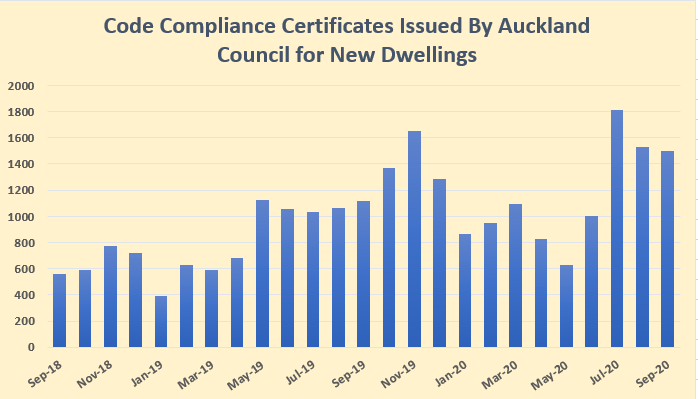