More than half the new homes consented last year were stand alone houses, less than 10% were apartments 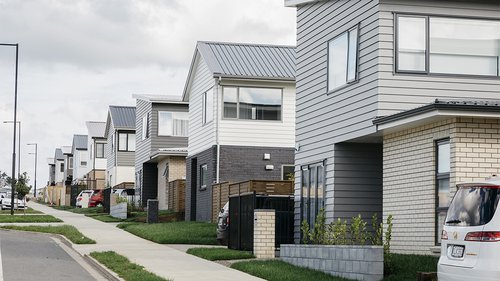 The average size of houses, townhouses and apartments being built in New Zealand hasn't changed much over the last 30 years, but the mix of homes being built has changed a lot.

There is a common misconception that fewer stand alone houses are being built than in the past, as a move to intensification sees more multi-unit dwellings such as apartments and terrace houses being built.

But that's only partially true.

We are certainly building more multi-unit developments, however stand alone houses are as popular as they have ever been.

That means stand alone houses are not just popular, they remain the most popular type of new home being built in this country, accounting for 56.3% of all new dwelling consents issued in 2020.

However stand alone houses accounted for 83.7% of new homes consented 10 years ago. So while they are as popular as ever, most of the growth in new housing that has occurred over the last 10 years has come from other types of housing.

Not only are we building as many stand alone houses as ever, they aren't getting any smaller either.

So the change in average size over that time is probably less than 5%.

What probably has changed over the last 30 years is that houses are probably more likely to be spread over two levels and on smaller sections than they used to be, particularly in major urban centres.

There is also a popular belief that more and more of us are living in apartments and that those apartments are getting smaller.

But things are not quite what they seem on the apartment front either.

Last year consents were issued for 3739 new apartments, which was just 9.5% of all new dwelling consents.

And on average, apartments don't appear to be getting noticeably smaller.

The average size of apartments consented last year was 104 square metres, compared to the 30 year average of 109 square metres, so any reduction in space has been minor.

The type of housing that has had the biggest impact on our housing landscape over the last 30 years has been low rise, multi-unit dwellings such as terrace houses and home units.

Although that's still below the number of stand alone houses being consented, they are catching up fast.

The average size of new townhouses/units has declined over the last few years, but not by much.

Those figures all suggest that while the mix of housing types that are being built is changing, the average size of the different types of properties within the mix isn't changing that much.