“The number of consents issued in April 2020 was impacted by COVID-19, which included the time spent at higher alert-levels,” construction statistics manager Michael Heslop said.

The number of new homes consented in the March 2021 month was the highest since records began in the 1960s and follows high levels seen at the end of 2020. 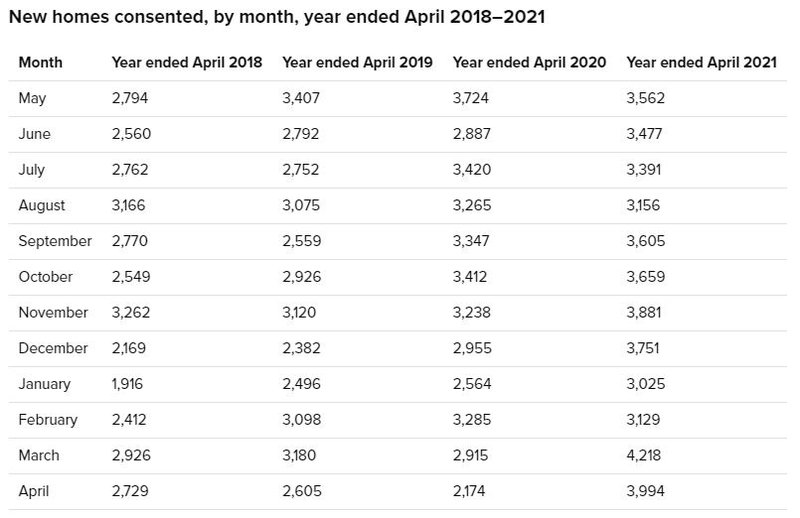 The increased number of new homes consented in recent years has mostly been due to a rising number of townhouses, flats, and units, which reached 12,876 in the year ended April 2021. This was an increase of nearly 45 percent compared with the same period in 2020.

“The rise in consent numbers for townhouses, flats, and units means that the typical new home is becoming smaller and is likely to be built closer to others. This trend has been particularly evident in larger cities, such as Auckland,” Mr Heslop said.

Townhouses, flats, and units accounted for around 44 percent of all new homes consented in Auckland for the year ended April 2021, and stand-alone houses around 36 percent.

The total value of consents for new homes in the year ended April 2021 reached nearly $6.6 billion. The total floor area of these consents was nearly 2.7km2.