The new QV Quartile Index shows a growing gap between New Zealand’s most- and least-expensive houses across the main centres – with few exceptions.

While the mean average house price that we report in the monthly QV House Price Index is a useful gauge of what’s happening in the residential property market, breaking the market down further into quarters – establishing upper and lower quartiles – gives us greater insight into what’s happening to prices at both ends of the market.

In Auckland, for instance, the common assumption has been that the most buoyant part of the residential housing market was at its lower end, where investors and first-home buyers have been competing for the most affordable housing, pushing house prices up as a result. However, the QV Quartile Index tells a different story in the city’s central suburbs. 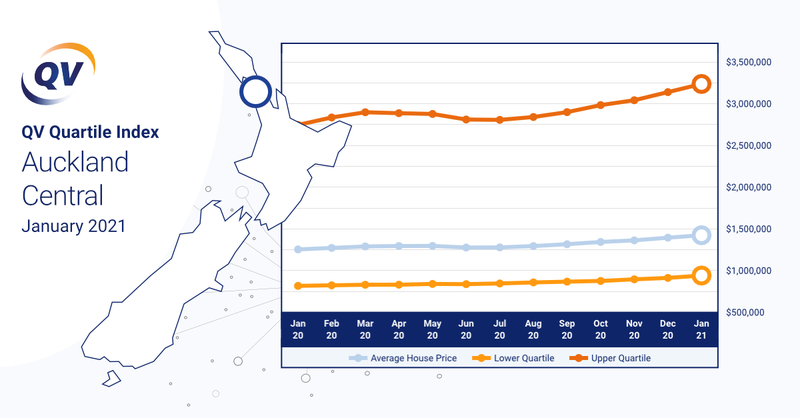 Most of that growth came during the second half of the year, with upper and lower quartiles keeping relatively in step until August, at which point Auckland city’s $2m+ houses grew at twice the rate of the houses at the opposite end of the spectrum.

QV general manager David Nagel commented: “Though there is still plenty of competition between first-home buyers and investors, we seem to be getting to the stage now where many of them are reaching their affordability and credit limits.

“While prices are still on the up, they have stopped going through the roof at such a strong rate as we previously saw throughout 2020. Instead, now we’re seeing the limited supply of higher-end stock being subjected to greater price pressure, which is the reverse of what we saw previously.

“This is probably both a ‘catch-up’, as well as a result of listing shortages.” 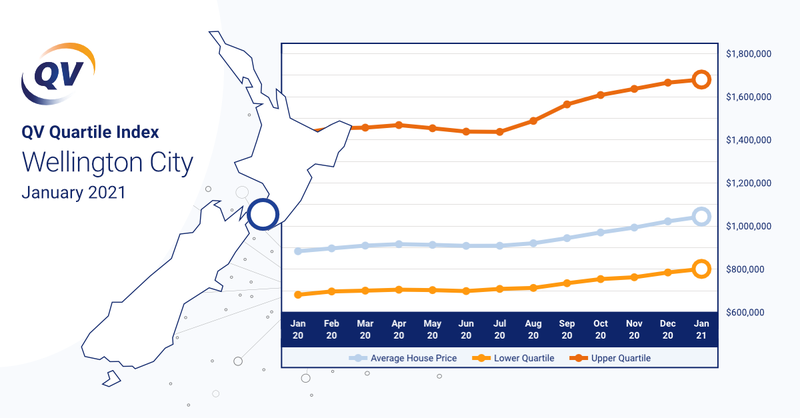 It was a similar story in Wellington city, where the upper and lower quartiles have both grown by 18% over the year to January 2021, with much of that growth occurring during the second half of last year.

“In other words, the gap is growing between houses in the $1.5m+ bracket and the ones that fall below Wellington city’s current average $1,044,244 price tag – traditionally the types of homes that first-home buyers and investors target the most,” said Mr Nagel. 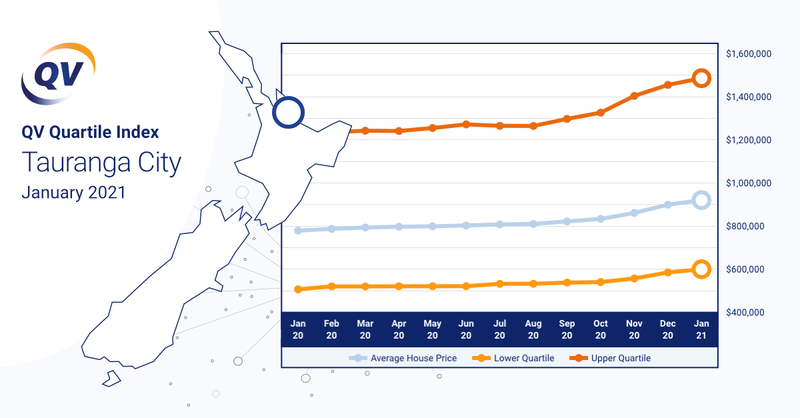 In Tauranga, the upper quartile has increased by 21% ($260,034) over the past 12 months. At the same time, the city’s mean average house price and lower quartile average have increased by 18%.

“It may not seem significant when you look at it as a percentage, but it can be a lot in dollar terms,” Mr Nagel added. “In Tauranga, we’re talking about a difference of more than $160,000 – that’s how much more the average house in the upper quartile is worth now, on top of the significant gains that the lower quartile has made.” 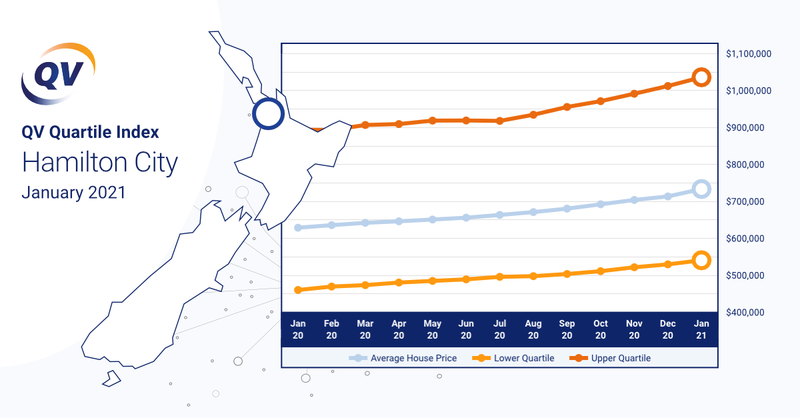 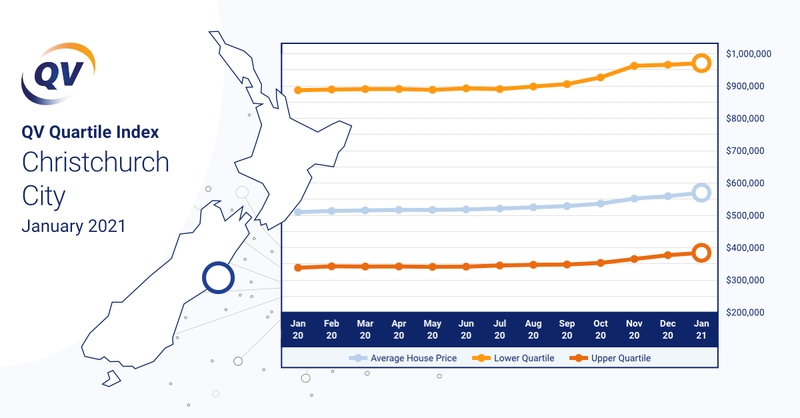 It’s a completely different story in Christchurch, where the lower quartile has consistently been out-performing the upper quartile over the past 12 months.

However, Mr Nagel said it was worth pointing out the increased volatility of the upper quartile of the Christchurch residential property market. In October and November, for instance, the upper quartile actually outperformed the lower quartile by some fractions of a percentage point.

“There appears to be a much greater amount of competition between first-home buyers and investors at the lower-end of the market in Dunedin than in other major centres, relative to the top end of the market,” said Mr Nagel.

“However, I expect that one day in the not-too-distant future we’ll get to the point where potential purchasers reach their credit limits and some of that competition putting upward pressure on prices begins to dry up as a result.” 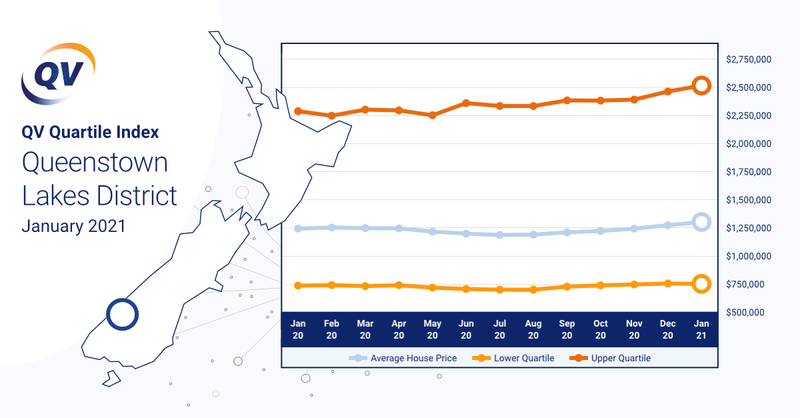 One of the largest gaps between upper and lower quartiles is in Queenstown – and that gap is only getting wider. In the 12 months to January 2021, the average property price in the upper quartile increased by a whopping $228,476 (10%), while the lower quartile added $15,658 to its average price (2.1%).

There was a sharp drop immediately after lockdown last year and a number of speed wobbles since, but the upper quartile has shot up $125,046 in the last two months alone, for instance, while the lower quartile has grown by $11,153 at the same time.

“I suspect that when our borders open once more and relative normality returns to Queenstown, we’ll see more stability seep into the lower end of Queenstown’s residential property market,” Mr Nagel added.