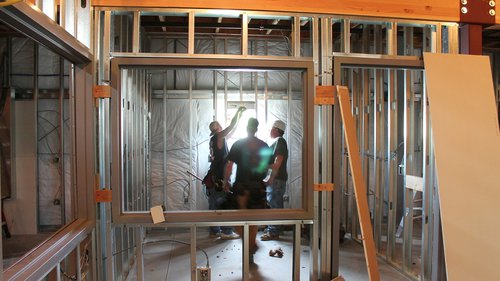 The number of new homes being completed in Auckland dropped sharply over July and August, the latest months for which figures are available.

Figures from Auckland Council show Code Compliance Certificates (CCCs) were issued for 656 new dwellings in August, which was down by 47% compared to the 1244 CCCs issued in August last year.

CCCs are issued by council's when a building is completed, unlike building consents, which are usually issued before construction gets underway.

August was the second month in a row that the number of CCCs issued in Auckland was down significantly on the same month of last year.

There were 697 CCCs issued in July, down 38% compared to July last year.

However, the CCC figures have been volatile since April, dropping from 1344 in March to 910 in April and 691 in May, following the Level 4 lockdown restrictions, then spiking back up 1371 in June (the graph below plots the monthly trend since August last year).

And it would only take a few big apartment projects to be completed in a single month to push the figures back up again.

But at this stage, it appears the number of new homes being completed in Auckland is starting to ease back from the highs that were being achieved last year and at the beginning of this year. 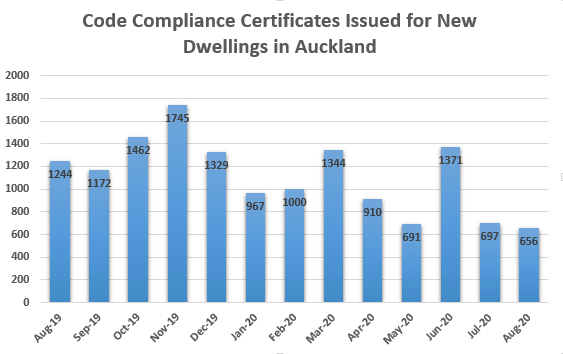