NZ's extremely high current levels of housing construction cannot be sustained without a large and sharp recovery in net migration over 2022 and 2023, ASB economists say 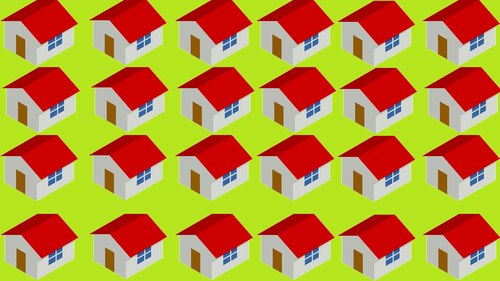 Auckland's housing shortfall will drop to zero by late next year, according to ASB economists.

And they say that the whole country will start to move into a surplus of houses being built during 2023.

What this means, they say, is that the "extremely high levels" of housing construction currently under way cannot be sustained without a large and sharp recovery in net migration over 2022 and 2023.

The ASB economists have added their voices to a growing number of observers calling an end to the Auckland, and NZ's housing shortfall.

"We forecast this shortage will fall to around 20,000 dwellings by June 2022 and the shortfall is likely to become a surplus over 2023 (i.e. there will be more dwellings than households assuming an average household size of 2.6 people)." 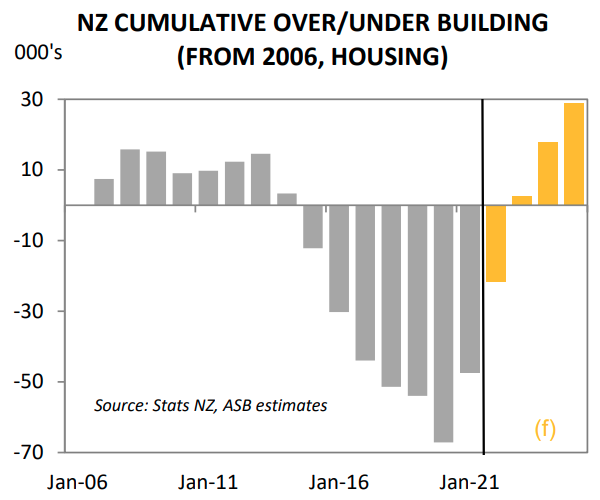 Turner said recently updated regional population estimates from Statistics New Zealand (June year 2021) revealed large shifts in internal migration with strong population growth in the regions over the past year, while Auckland recorded a decline in its population.

"NZ’s closed international border has choked off population growth into Auckland and, coupled with very high rates of housing construction, has allowed the Auckland housing shortage to reduce at a faster pace than we expected. The fall in the housing shortage has been nationwide, but over the year to June 2021 this fall has been larger than we had expected in Auckland (with the decline in the shortage smaller than expected outside of Auckland)."

In terms of the Auckland housing shortfall therefore, Turner said she believed Auckland was still undersupplied by around 20,000 houses as at June 2021.

Turner saw a "growing risk" that Auckland could become over supplied with housing in 2023.

"Whether this happens, or not, largely depends on how quickly NZ’s international border opens up over 2022 to permanent and long-term arrivals and how strong the recovery in net migration is over 2022. We are assuming a fairly conservative and gradual pick-up in net migration, so there is scope for population growth to exceed our forecast."

"...And these levels cannot be sustained without a large and sharp recovery in net migration over 2022 and 2023.

"Once the NZ border restrictions are relaxed and home isolation of international arrivals is allowed, indicators to watch over the coming year are StatsNZ permanent and long-term arrivals estimates, rents and land prices for signs the balance of the housing market is shifting from shortfall to surplus."