The past year finished with the fourth consecutive monthly record high of mortgage lending, while despite the 'lost' month of April, some $8 billion more was borrowed in 2020 than the year before 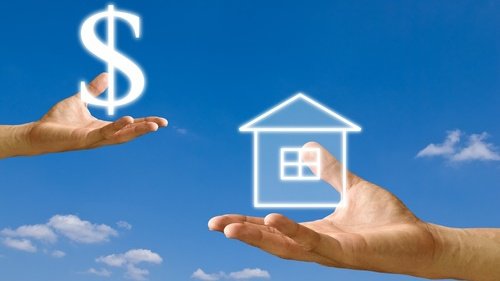 The 2020 year ended in a blaze of activity in the mortgage market, with the fourth consecutive month of record lending as the monthly amount advanced approached the $10 billion mark.

Before this quartet of record months the previous high water mark was in May 2016, at a little under $7.3 billion.

In fact the April and May months this year (May also being affected by Covid) were almost $5 billion down on the two months combined a year earlier.

But boy, did we play catch up.

In fact if we average the last six months of 2020, it gives us a figure of about $7.9 billion a month - which is higher than the previous record single month for lending.

So, those last three hectic months in 2020 accounted for nearly all the $8 billion difference between the total amounts advanced in 2019 and 2020.

When the LVRs were removed

Much has been said about the impact of the RBNZ's decision to remove, effective from May 1, 2020, the restrictions on high loan to value ratio (LVR) lending.

As far as investors go, this certainly did seem to light the fuse.

Previously investors needed a 30% deposit, but that was dropped after May 1 and the banks were quick to take advantage, basically shifting their criteria for lenders to the 'normal' high LVR definition of any loan on a deposit of up to 20%.

In the first six months of 2020 investors borrowed just $910 million on deposits smaller than 30%.

So, the high LVR lending to investors was some $3 billion higher in the second half of the year than in the first half.

And this had a big impact on the overall figures.

In December investors in total borrowed $2.454 billion - which was the highest monthly amount borrowed by this grouping since May 2016, and was the second highest total ever.

The return of the LVRs

Interestingly the high LVR borrowing for investors did dip slightly from $844 million in November to $822 million in December.

On November 11 the RBNZ announced intention to reintroduce LVRs from March but, significantly, a number of banks moved early to reinstate 30% deposit limits on investors. Presumably that's why there was the slight fall in high LVR lending to this grouping in December.

In terms of the overall share of the mortgage market, the amount borrowed by investors in December represented 25.4% of the total. That's below the highs of the mid 30s percentages that grouping was seeing in 2016 before the RBNZ first clamped tough deposit rules on them, but it is the highest percentage level since 2017, and much higher than the levels this grouping was borrowing prior to the LVRs being dropped. In December 2019 investors accounted for just under 20% of total borrowing.

So, what of the first home buyers (FHBs)?

Well, they borrowed another record amount in December, of $1.686 billion, up from the previous record high of $1.605 billion in, well, November.

But the investors have been squeezing them and their share has been dropping - although in December it blipped up a little for the first time in a while to 17.5% from a 17.2% share in November.

However, prior to that the FHBs share of the monthly spoils had been dropping, and appreciably so.

Since that high water mark, however, while the monthly FHB borrowing figures have continued at high levels, the overall share of the total amount borrowed has been falling, to 19.8%, in August, 19% in September, 17.9% in October and 17.2% in November. Then it picked up in December. Was that by any chance linked to the signalled changes by the RBNZ and reintroduction of LVRs? As stated above the banks did in December start to clamp down on investor lending.

Oh, and just as a final note to those who draw attention to the fact that mortgage sizes have been getting bigger and hence so that amounts borrowed in total have been getting bigger too, a quick crunch of the numbers of individual mortgages advanced in December shows that there was a record number, 3338 mortgages, advanced to FHBs. As for investors, there were 4995 mortgages advanced, which is the highest number since August 2016, but well below the 6926 in the monster month of May 2016.

And in terms of total mortgages advanced, in December that was 28,604, which was the highest number since November 2016, but again well down on that monster May 2016 month, in which there were 35,112 mortgages advanced.

So, in four and a half years the average new mortgage size increased 62.7%.