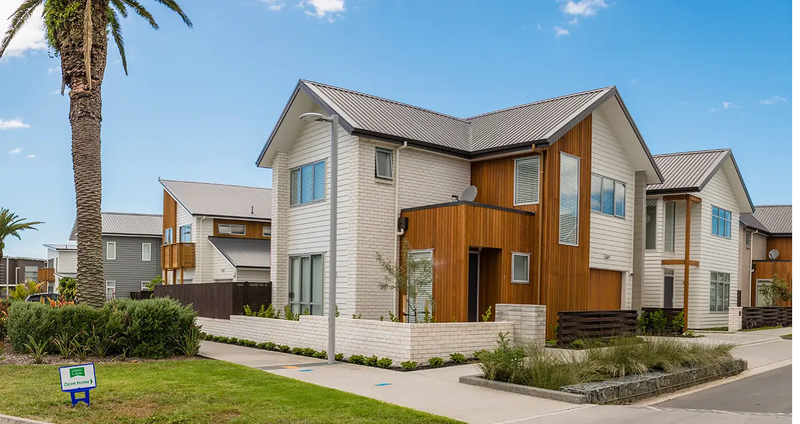 The effects of the residential property downturn are beginning to snowball as it works its way from the bottom of the property ladder to the top.

The latest QV Quartile Index shows that the 25% most and least expensive homes across Aotearoa-New Zealand’s main centres declined in value by an average of 1.2% and 1.7% respectively this quarter, with the mean average home value experiencing a 1% loss.

QV general manager David Nagel said it was the first time since the end of the country’s nationwide lockdown in 2020 that the upper quartile had recorded no value growth whatsoever, and even longer since it had last posted a loss. Meanwhile, the lower quartile posted its first average loss in more than two years last month.

“It appears that what began as a tightening and then a reduction at the more-affordable end of the market – predominantly as a result of rapidly rising interest rates, affordability constraints and a significant tightening of lending criteria – is now beginning to impact on home values much further up the property ladder,” he said.

“Although seven out of ten of the largest declines in home value still occurred at the lower end of the market this quarter, what we’re seeing now is a growing number of main centres experiencing declining home value levels at both ends of the market. Those losses are starting to mount, month to month, up and down the property ladder.” 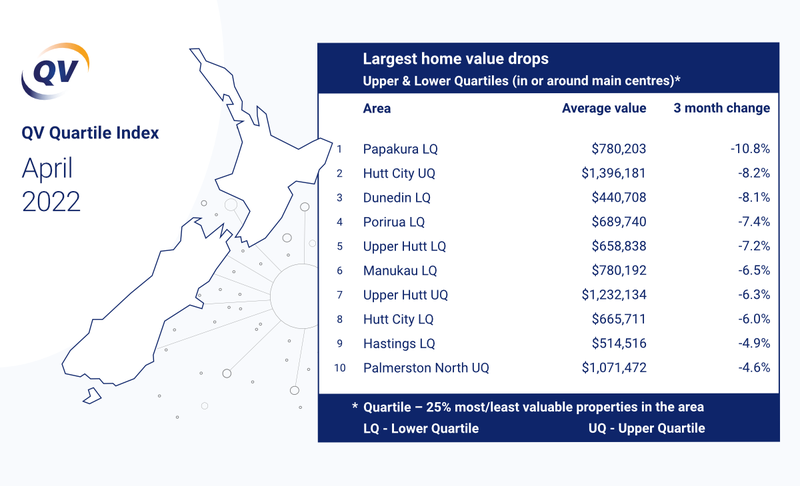 But the largest home value drops occurred this quarter across the lower quartile in Papakura (-10.8%) and Dunedin (-8.1%), as well as the upper quartile in Hutt City (-8.2%).

“The first four months of this year could not be much more different to the last four months of last year. Back then, none of NZ’s main centres were showing any negative growth whatsoever; now most of them are, with the few exceptions – most notably Whāngarei, Christchurch, and Invercargill – most likely to join them in the coming months,” said Mr Nagel.

“This high level of volatility in the market right now is a sign of these highly volatile times that we live in, with rising costs, rising interest rates, rising inflation, and rising tensions in the Ukraine. In my 30 plus years as a registered valuer, I’ve never seen anything quite like it before — and I’m not sure we’ve seen the worst of it either. This residential property rollercoaster still has a way to go.”

“While it’s difficult to see things getting better any time soon, the likelihood of a collapse in property values remains relatively low. Though the losses may be starting to escalate, the negative growth we’ve witnessed over these past three or four months has still only brought us back to about November or December’s home value levels nationally,” Mr Nagel added.