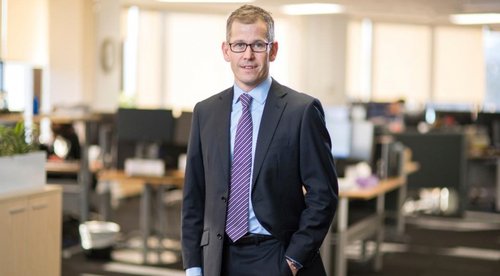 The Reserve Bank (RBNZ) is signalling its intention to hike interest rates much more slowly than it loosened monetary policy at the onset of Covid-19.

He contrasted the approach the RBNZ used in the early stages of Covid-19 to that it’s using now, saying that when there is a “material threat” of the RBNZ not achieving its inflation and employment targets, “the path of least regret is to move quickly and take large steps to provide more confidence that policy settings will be appropriate if the risks to the outlook eventuate”.

“It translates roughly to “considered steps”, and is an expression often used to describe the way to walk as a visitor onto a marae,” he said.

“The idea is to take small considered steps as you assess the environment around you. You are walking in the right direction, but slowly in case your assessment changes quickly (are your hosts friends or foes?).

“In the world of setting monetary policy, this translates to having confidence in the outlook for the economy, and inching in the right direction based on how the economy is likely to evolve.

“This is consistent with the observation that when there is a typical amount of uncertainty, and the risks are evenly balanced, then central banks globally tend to follow a smoothed path and keep their policy rate unchanged or move in 25 basis point increments.”

Hawkesby said the RBNZ's approach could be likened to an adaptable white heron (kōtuku), rather than an aggressive “hawk” (kahu) or a peaceful “dove” (kererū).

His comments come as some RBNZ observers were expecting the central bank to lift the Official Cash Rate (OCR) by as much as 50 basis points at its next review on October 6.

Hawkesby, after the emergence of Delta in the community prevented the RBNZ from lifting the OCR as planned on August 18, told Bloomberg the RBNZ actively considered a 50-point hike. The comment caught traders' attentions.

The prospect of a 50-point hike again became prominent after stellar June quarter GDP figures were published last week - the day after Hawkesby’s speech was finalised.

However, publication of the speech saw financial markets lower their expectations of a big hike on October 6.

ANZ chief economist Sharon Zollner and senior strategist David Croy said that while markets were on Friday pricing in a 35-point hike, they're now pricing in a hike of less than 25 points.

Down the elevator; up the stairs

Zollner and Croy said Hawkesby's commentary was unsurprising and aligned with their thinking.

"In short: down the elevator and up the stairs. It’s long been the way monetary policy has been run, and remains the case today," they said.

"Importantly, the RBNZ isn’t on a path of policy normalisation because the economy is back to “normal”. It’s normalising because the risks of not doing so (boom-bust risks) are beginning to outweigh the risks associated with the pandemic.

"But the economy remains vulnerable (particularly housing), so normalisation needs to happen in a considered and gradual way.

"We continue to expect the RBNZ to raise the OCR in steady steps (starting with 25 basis point hikes October and November) to a peak of 1.5% by August next year."