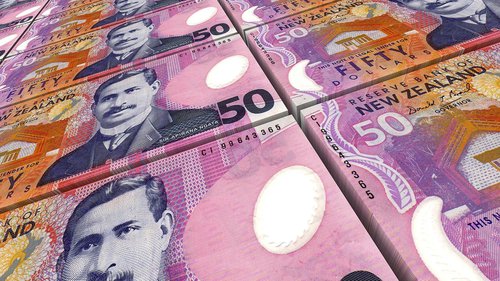 The Reserve Bank (RBNZ) is expected to keep the cost and supply of money the same when it next reviews its monetary policy settings on Wednesday.

Bank economists agree the RBNZ is likely to keep the Official Cash Rate (OCR) at 0.25% and keep its Large-Scale Asset Purchase (LSAP) programme and Funding for Lending Programme (FPL) as they are.

While the Government’s decision to form a trans-Tasman bubble may give the economy a boost, its decision to remove the ability for property investors to write off interest as an expense when paying tax may create speed bumps.

The extent to which the combination of these policies will affect inflation and employment is yet to be seen.

ANZ economists aren’t too worried about this reading, noting it came off a massive September quarter bounce. The RBNZ was also expecting growth to slow anyway, as the post-lockdown spend-up ends, government support wanes and the pain from the closed border mounts.

They also believe the RBNZ will look through rising inflationary pressures both here and overseas.

While these are at record highs, according to ANZ’s Business Outlook Survey, ANZ economists recognised prices were higher largely due to supply chain disruptions, the closed border clogging up the labour market and rebounding global activity boosting import prices.

The culmination of such factors creates a muddled picture, “with plenty of chances still for twists and turns”, ASB economists said.

While the landscape has changed in recent months, the RBNZ is expected to largely echo the sentiment of its February Monetary Policy Statement when it releases its briefer Monetary Policy Review on Wednesday.

“There’s no reason for the RBNZ to deviate from its “wait and see” nor its “least regrets” strategies, or to set out to influence market pricing for OCR hikes, which is pretty mild,” ANZ economists said.

There’s consensus the RBNZ will want to keep monetary settings loose and reiterate it could do more, like cut the OCR into negative territory, if required.

However, with financial markets around the world betting on the global economic outlook improving and thus inflation rising, Westpac economists believe fixed-term mortgage rates will start rising before the OCR is eventually hiked.

“Mortgage rates have reached their lows for this cycle,” they said.

There is widespread acknowledgment the RBNZ won’t be able to reach the $100 billion upper limit of its LSAP programme, as the Government isn’t issuing enough debt for the RBNZ to buy without it becoming too big a player in the market.

To date it has bought $48.84 billion of New Zealand Government Bonds and $1.75 billion of Local Government Funding Agency bonds on the secondary market.

While RBNZ staff increased the weekly bond-buying rate for a time last month to keep downward pressure on rising bond yields, they dropped this rate right back down again.

The Government’s housing announcement saw markets bet on inflation rising more slowly than previously thought, as they acknowledged if house price growth slows, people might spend less. So, inflation might not climb as quickly and the RBNZ might need to keep interest rates lower for longer to stimulate the economy.

Indeed, the RBNZ only plans to buy $420 million of New Zealand Government Bonds this week. A few weeks ago, it was buying $630 million a week.

ANZ economists believed the RBNZ will continue buying fewer bonds via the LSAP.

“With global yields rising and the worst of the crisis behind us, there is less work for the LSAP to do from a macroeconomic perspective, and we expect it to have less of an influence on bond yields and the slope of the yield curve going forward,” ANZ economists said.

“That speaks to a further gradual reduction in the pace of purchases, especially if the pace of [government bond] issuance slows further, which is the risk.

“However, exiting QE elegantly isn’t easy. Reducing the pace of LSAP purchases too quickly could slow the pace of growth in settlement cash (or possibly even drive it lower), which may in turn tighten bank funding conditions and drive up short-term interest rates, both of which would be unwelcome at this time.”

As for the Funding for Lending Programme, only six draw downs, totalling $2.74 billion have now been made.

The most recent draw down was of $1 billion on March 30. The RBNZ doesn’t name banks that make draw downs, but the size of this draw down indicates it must’ve been one of the big four Australian-owned banks. ANZ and ASB told interest.co.nz it wasn't them, whilst BNZ and Westpac declined to comment.

The RBNZ has made up to $28 billion of cheap funding available to banks via the scheme. The aim of providing banks with funding at the OCR (0.25%) is to help them lower their mortgage rates.

Both the FLP and LSAP programme will be operational until June 2022. The RBNZ could, of course, extend the timeframe.

BNZ economists maintained the RBNZ’s biannual Financial Stability Report, due out on May 5, will be more interesting than Wednesday’s Monetary Policy Review.

The RBNZ is in May also expected to report back to the Government on the possibility of restricting banks’ issuance of interest-only mortgages and preventing banks from issuing large amounts of debt to people with relatively low incomes.

BNZ economists made the point the way the RBNZ goes about regulating banks will affect house prices, which will affect the economy more broadly, and thus the way it sets monetary policy.