RBNZ leaves monetary policy settings as they are, noting it'll take 'considerable time and patience' to reach its inflation and employment targets 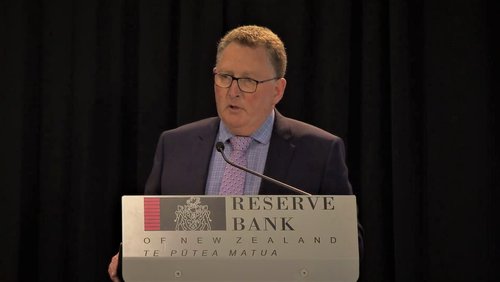 It reiterated it was taking a “least regrets” approach and would keep monetary conditions loose (IE interest rates low and the supply of money high) until it could be confident its inflation and employment targets could be “sustainably” met.

It stressed, getting to this point would “necessitate considerable time and patience”.

The Committee said it would look though current inflation pressures, with these largely being driven by temporary factors, including supply chain disruptions and high oil prices.

It expected the Government’s new housing policies to dampen house price growth. But it said it would take time for the impact of these on inflation and employment to be seen.

The Committee also maintained the net effect of the trans-Tasman bubble was yet to be seen.

"Overall, the Committee judged the medium-term outlook for growth as broadly similar to the scenario presented in the February Statement," it said.

The Committee recognised the LSAP, which has seen the RBNZ buy $51 billion of mostly New Zealand Government Bonds to date, would be constrained by the Government issuing less debt than planned when the programme was launched last year.

“Members also noted that the proceeds from the upcoming maturity of the May 2021 New Zealand Government Bond would be reinvested over time as part of the weekly purchases.”

While bond yields globally have been rising a bit, as markets bet on higher inflation, the Committee said “any increase in bank lending rates would be premature given the current economic outlook”.

The New Zealand dollar initially fell against the US on the release of the review, but then rebounded.

The RBNZ said it would have more to say on the Government's directive for it to factor house prices into the way it regulates banks when it releases its Financial Stability Report on May 5.

Here is a copy of the Monetary Policy Review in full:

The Monetary Policy Committee agreed to maintain the current stimulatory level of monetary settings in order to meet its consumer price inflation and employment objectives. The Committee will keep the Official Cash Rate (OCR) at 0.25 percent, and the Large Scale Asset Purchase and Funding for Lending programmes unchanged.

The global economic outlook has continued to improve since the February Monetary Policy Statement. Ongoing fiscal and monetary stimulus are continuing to underpin the global recovery in economic activity. However, economic uncertainty remains elevated and divergences in economic growth both within and between countries are significant. New Zealand’s commodity export prices continue to benefit from robust global demand.

Economic activity in New Zealand slowed over the summer months following the earlier rebound in domestic spending. Short-term data continues to be highly variable as a result of the economic impacts of COVID-19.

The planned trans-Tasman travel arrangements should support incomes and employment in the tourism sector both in New Zealand and Australia. However, the net impact on overall domestic spending will be determined by the two-way nature of this travel. The extent of the dampening effect of the Government’s new housing policies on house price growth, and hence consumer price inflation and employment, will also take time to be observed.

Overall, our medium-term outlook for growth remains similar to the scenario presented in the February Statement. This outlook remains highly uncertain, determined in large part by both health-related restrictions, and business and consumer confidence.

Some temporary factors are leading to specific near-term price pressures. These factors include disruptions to global supply chains and higher oil prices. However, the Committee agreed that medium-term inflation and employment would likely remain below its remit targets in the absence of prolonged monetary stimulus.

The Committee agreed to maintain its current stimulatory monetary settings until it is confident that consumer price inflation will be sustained at the 2 percent per annum target midpoint, and that employment is at or above its maximum sustainable level. Meeting these requirements will necessitate considerable time and patience. The Committee agreed that it was prepared to lower the OCR if required.

The Monetary Policy Committee noted how economic conditions had evolved since the February Statement. The global growth outlook has improved, partly due to the commitment to ongoing monetary and fiscal stimulus and the progression of vaccination programmes. However, the recovery in growth is uneven across countries. Persistent economic uncertainty continues due to the spread and mutation of COVID-19.

Economic activity in New Zealand slowed over the summer months following the earlier rebound in domestic activity. December quarter GDP was weaker than expected and more recent indicators suggest that momentum has reduced. Some members noted that supply chain disruptions could potentially constrain domestic activity in the near term. In addition, business credit growth and investment remains subdued.

The planned trans-Tasman travel arrangements should support incomes and employment in the tourism sector both in New Zealand and Australia. However, the net impact on overall spending will be determined by the two-way nature of this travel. Robust export commodity prices have supported New Zealand’s terms of trade. The Government’s new housing policies are likely to dampen house price growth, but the extent of the effect and implications for consumer price inflation, and employment will take time to be observed. Overall, the Committee judged the medium-term outlook for growth as broadly similar to the scenario presented in the February Statement.

As expected in the February Statement, the Committee noted evidence that near-term price increases are likely, and these will see headline inflation exceed 2 percent for a period. However, members consider the impact on inflation from supply chain disruptions and oil price increases to be temporary.

Members agreed that employment is below its maximum sustainable level and expect employment to increase gradually over the medium term. The Committee noted that employment outcomes are uneven across the economy with some firms having difficulty finding skilled labour as a result of border restrictions and skills mismatches.

Following the February Monetary Policy Statement, the Minister of Finance issued a new remit for the Monetary Policy Committee and issued the Bank a direction specifically relating to its financial stability mandate.

Monetary Policy Committee members noted the Committee’s new remit and emphasised it was important to clarify that the objectives of monetary policy in the new remit remain unchanged: to maintain a stable general level of prices over the medium term and support maximum sustainable employment. The Committee believe that ongoing stimulatory monetary policy is necessary to achieve these objectives over the medium term.

The new remit requires the Committee to outline the impact of its decisions on the Government’s policy relating to sustainable house prices. The Committee’s initial assessment is that stimulatory monetary policy is playing a role in lifting house prices. Other factors are also influencing house prices including: the impact of low global interest rates on all asset prices, constrained housing supply and infrastructure, land use regulations, tax policies and the broader recovery in aggregate demand.

The Committee also discussed the broader distributional impacts of lower interest rates. Members noted that lower interest rates make it easier to service mortgages, while also putting upward pressure on house prices, making the required deposit to buy a house larger. Stimulatory monetary policy also supports employment and incomes over the medium term, which improves the ability to save for a deposit or service a mortgage and broader economic wellbeing.

As distinct from the Monetary Policy Committee’s remit, the Bank has been directed under its financial stability mandate to have regard to the Government’s policy of supporting more sustainable house prices, including by dampening investor demand for existing housing stock, which would improve affordability for first-home buyers. Staff presented and discussed a preliminary suite of indicators assessing house price sustainability with the Committee. Preliminary assessments on the Bank’s response to the Ministerial direction will be included in the May Financial Stability Report.

Overall, the Committee agreed that the risks to the economic outlook remain balanced, conditional on ongoing stimulatory fiscal and monetary policies. The Committee agreed that, in line with its least regrets framework, it would not remove monetary stimulus until it had confidence that it is sustainably achieving the consumer price inflation and employment objectives. Given that uncertainty remains elevated, gaining this confidence is expected to take considerable time and patience. While doing so, the Committee agreed to look through any temporary factors driving prices as required by the remit, and noted that there will be periods during which inflation will be above the 2 percent target per annum midpoint.

The Committee discussed the effectiveness of monetary policy settings since the February Statement. The Committee agreed to continue with the Large Scale Asset Purchase (LSAP) programme. Staff noted that reduced government bond issuance was placing less upward pressure on New Zealand government bond yields and providing less scope for LSAP purchases. Members also noted that the proceeds from the upcoming maturity of the May 2021 New Zealand Government Bond would be reinvested over time as part of the weekly purchases. The Committee affirmed that weekly changes in the LSAP do not represent a change in monetary policy stance. Staff would continue to adjust weekly bond purchases as appropriate, taking into account market functioning.

Staff advice noted that average bank funding costs continue to decline and remain near historic lows. Members noted that while wholesale interest rates had been volatile, retail interest rates were broadly unchanged. As a result of stable retail interest rates, household cashflow positions are continuing to improve as fixed mortgages reprice at lower interest rates. The Committee agreed that any increase in bank lending rates would be premature given the current economic outlook.

The Committee agreed to maintain its current stimulatory monetary settings until it is confident that consumer price inflation will be sustained at the 2 percent per annum target midpoint, and that employment is at or above its maximum sustainable level. The Committee expects a prolonged period of time to pass before these conditions are met.

The Committee agreed that it was prepared to lower the Official Cash Rate (OCR) if required.

On Wednesday 14 April, the Committee reached a consensus to: