RBNZ needs 'to inflict some damage on the labour market' in order to cool inflation, bank economists say 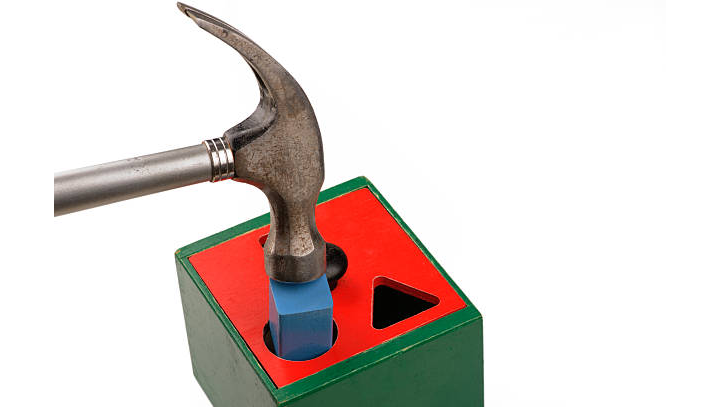 With the Reserve Bank's reputation as an inflation fighter being questioned, the central bank came out swinging its blunt tool in Wednesday's Monetary Policy Statement (MPS). And economists are suggesting if inflation's to be dragged down to the Reserve Bank's target, unemployment needs to rise.

Not only did the Reserve Bank (RBNZ) deliver the widely expected 50 basis points Official Cash Rate (OCR) increase to 2%, the RBNZ also increased its forecast OCR peak in the current tightening cycle by 50 basis points to 3.9% by June 2023.

This comes against a backdrop of consumer price index (CPI) inflation at a 30-year high of 6.9%, well above the RBNZ's target range of 1% to 3%.

In what was probably the most Hawkish MPS since Adrian Orr became Governor in 2018, the RBNZ gives off the strong impression it's prepared to continue doing whatever's necessary to squash the inflation bogeyman.

"The [Monetary Policy] Committee is resolute in its commitment to ensure consumer price inflation returns to within the 1 to 3 percent target range," the RBNZ says.

This, bank economists say, means workers are in the RBNZ's sights. That's even though Orr says the RBNZ's OCR outlook wouldn't be different if it was tasked solely with targeting inflation, and not employment too.

Although other central banks including those in the United States, Australia and Norway also target employment in their formulation of monetary policy, it's inclusion in the Policy Targets Agreement came in for some criticism. Former RBNZ Chairman Arthur Grimes, for example, described the Treasury as “utterly incompetent” for advising the Government to make the addition, saying this led to the RBNZ lowering interest rates by more than it should have.

A school of thought is that tackling unemployment should be left to the Government, which makes jobseeker payments to those out of work, rather than the RBNZ. Others have suggested instead of having the RBNZ target the concept of maximum sustainable employment, the Government could implement a Universal Basic Income or a Job Guarantee.

The official unemployment rate is currently running at 3.2%, with 94,000 people out of work at last count. It's the lowest unemployment rate since Statistics NZ's Household Labour Force Survey began in 1986. But economists argue it needs to rise, and wage increases soften, if the RBNZ's to tame inflation.

"The biggest support pillar for the economy in the face of slowing growth and high inflation has been the tight labour market. The RBNZ expects a small reduction in the unemployment rate to 3.1% in the second quarter, before it lifts gradually to just under 5% in 2025 as monetary tightening squeezes the labour market. It’s clear that with inflation still overshooting their target, the [RBNZ's] Monetary Policy Committee will need to inflict some damage on the labour market in order to cool the domestic inflation impulse," ANZ economists Sharon Zollner and David Croy say.

They suggest the RBNZ's inflation-targeting credibility and the anchoring of long-term inflation expectations are on the line. While last week Westpac NZ Acting Chief Economist Michael Gordon said the RBNZ's inflation targeting framework, guiding its monetary policy since February 1990, is facing its greatest challenge yet.

”The RBNZ’s focus remains squarely on upside inflation risks, reiterating that under its 'least regrets' approach that given 'persistent cost pressures and rising inflation, the risk of moving too slowly and not far enough remained the most costly option.' That’s an entirely reasonable assessment when inflation-targeting credibility and anchoring long-run inflation expectations is on the line," say Zollner and Croy.

They also note that wage growth received a significant upgrade in the latest set of RBNZ forecasts, with annual labour cost inflation seen reaching 4.6% in mid-2023. (See chart at the bottom of this story).

"Surging wages in a productivity-constrained environment like COVID are a recipe for spiralling inflation, and the RBNZ is cognisant that in a tight global labour market, people are 'more willing and able to take up new roles for higher wages'."

'The RBNZ has clearly got nervous'

In a note entitled RBNZ signalling necessity of recession, BNZ economist Craig Ebert says the RBNZ has "clearly got nervous, all of a sudden, about achieving its inflation mandate, while seeing, more clearly, the necessity of higher unemployment to bring this about."

Last week BNZ Head of Research Stephen Toplis suggested the RBNZ needed the unemployment rate to rise to about 4.5% to meet its maximum sustainable employment objective.

Ebert says the thread that appears to best explain the RBNZ’s underlying worries about inflation is the labour market.

"It’s as if the [Reserve] Bank has lifted its estimate of the equilibrium unemployment (NAIRU), entailing it has to more to do to take the steam out of the labour market in order for wage inflation to reduce to a rate consistent with the CPI inflation target. Its forecasts of wage inflation were certainly ramped up quite a bit for 2022/23, compared to the February Monetary Policy Statement view," says Ebert.

In Wednesday's Monetary Policy Statement the RBNZ reiterates that employment is above its maximum sustainable level.

"A strong labour market and higher costs of living have driven wages higher in recent quarters. The share of annual wage increases greater than 5% is near its peak prior to the global financial crisis. Despite this, wage growth for those staying in the same job has not generally kept up with inflation. Overall, household incomes have been supported by workers switching jobs for higher pay, promotions with the same employer, and working longer hours. Once these factors are taken into account, aggregate labour income growth has been stronger than consumer price inflation over the course of the pandemic – albeit to a much lesser extent in the past year," the RBNZ says.

"The labour shortage and increases in the minimum wage are expected to result in further increases in wage inflation over the coming year. Higher wages are one of many increased costs that businesses are expecting to pass on into higher prices."

"Annual Labour Cost Index (LCI) private sector wage inflation is expected to continue to increase, peaking at 4.6% in 2023. This is due to ongoing labour shortages, the increasing minimum wage and rising living costs," the RBNZ says. 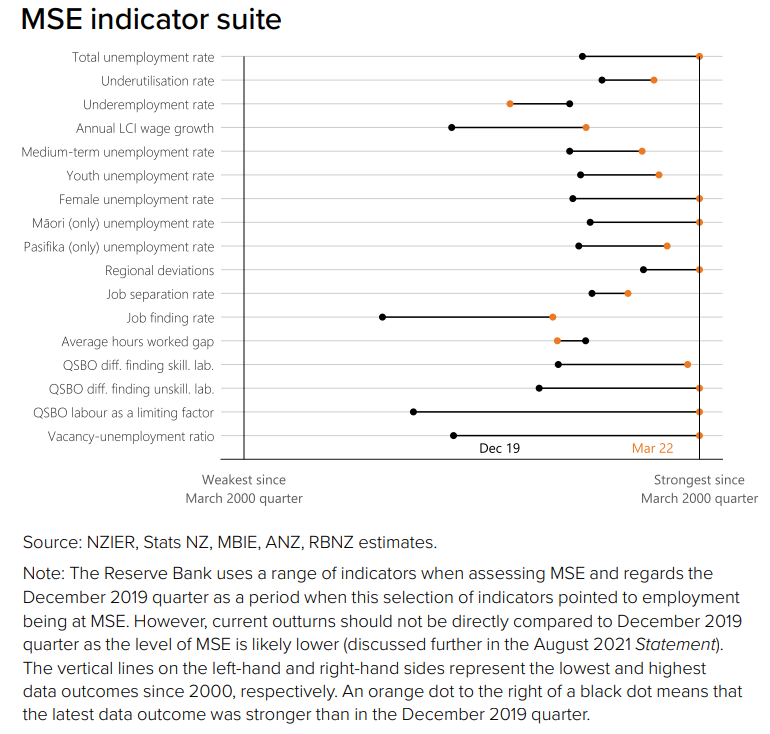 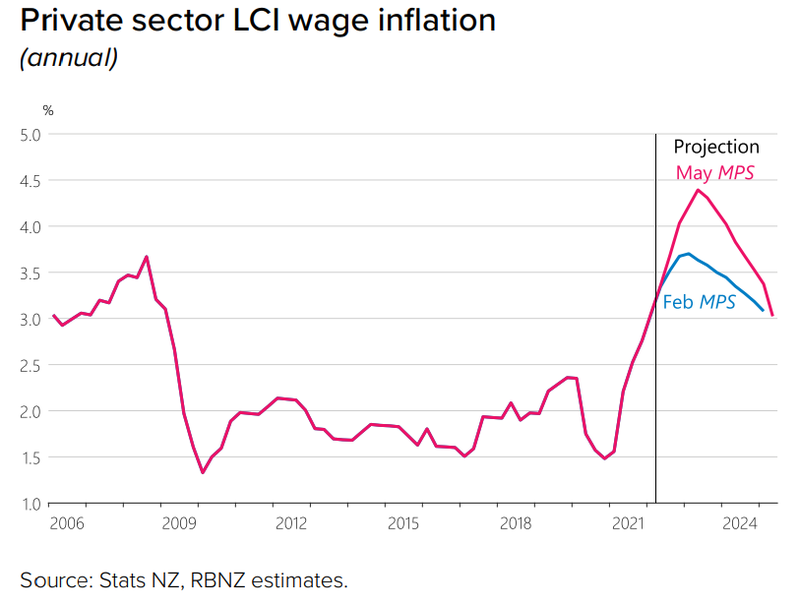