Rents in Auckland up by $13 a week compared to a year ago, while rents in Queenstown are down $114 a week 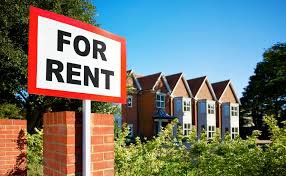 The median rent for newly tenanted residential properties throughout the country increased by $12 a week over the last year, according to the latest bond data from Tenancy Services.

The median rent for all bonds received by Tenancy Services over the three months from August to October was $459 a week, up $12 from the same period of last year, giving an annual increase of 2.8%.

Only one district showed a decline in rent over that period but it was a substantial one.

The median rent in Queenstown-Lakes declined by $114 a week, from $614 over the three months to October last year to $500 in the same period of this year. That's down 18.6% compared to a year earlier.

Rental growth in the main centres was weakest in the Auckland Region at 2.5%, compared to 5.2% in the Wellington Region, 3.6% in Christchurch and 10.5% in Dunedin.

Of the main urban areas, the most expensive rent was in Auckland's North Shore at $595 a week, while the cheapest was in Invercargill at $322 (see the table below for the changes in all main urban areas). 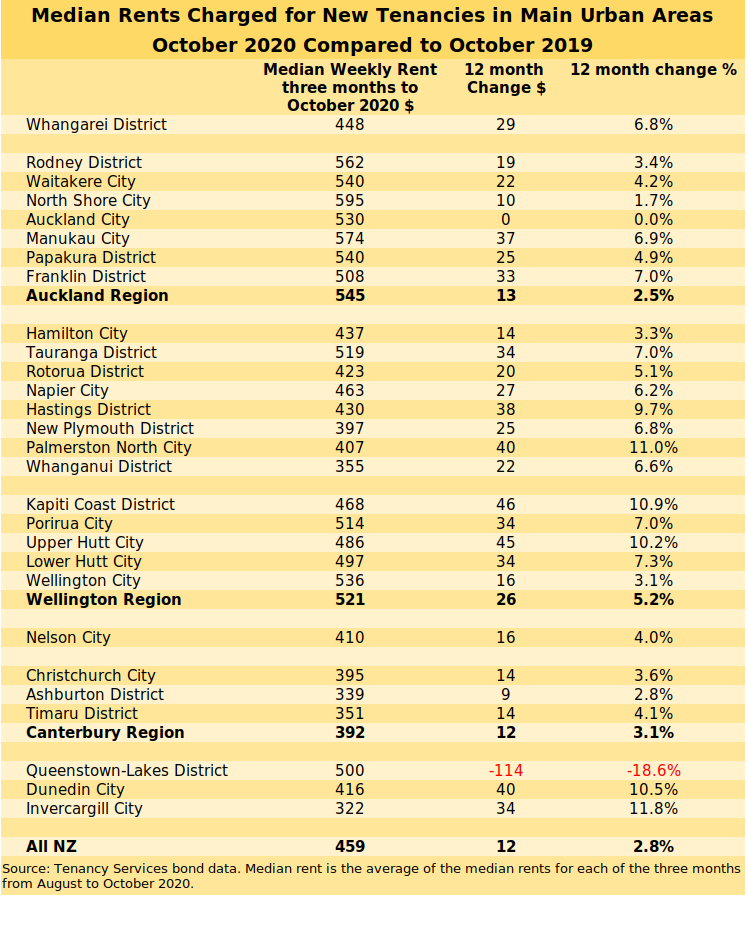