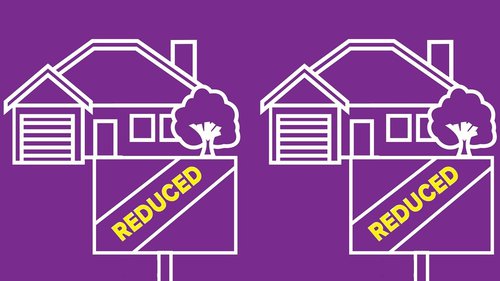 So, have you been wondering what "sustainable" house prices are?

The Reserve Bank has been telling us NZ house prices are above "sustainable" levels - but it's not been clear to the great unwashed and would-be finance writers what 'sustainable' actually is.

Well, hold on to your hats, 'sustainable' is apparently between 5% and 20% less than where the median house price is now, according to RBNZ analysis and modelling.

RBNZ Governor Adrian Orr and other central bank officials put that number/range on it when questioned by MPs at the Finance & Expenditure Committee on Thursday, following Wednesday's release of the bank's latest Financial Stability Report.

Recall that in the report the RBNZ said a sharp correction in house prices remains a "plausible outcome" that would have broad economic implications, while it noted that prices have now been falling from November.

Orr said there were a lot of things involved in looking at sustainable prices. House prices and sustainability could be looked at from either the perspective someone buying a house to live in it or as as from the perspective of an investor.

There are therefore different ways of looking at what is sustainable. "They should in the long run all add up together - in the short term they deviate," Orr said.

"...Over time the two should meet in the middle."

For a household, sustainable could mean earnings relative to price or cost of servicing debt. For an investor it would be about the yield they get as opposed to investing in something else. Orr noted that low interest rates spurred a lot of investment. Over time the market was responding and now prices were easing..

Asked by MPs to put sustainability in figures, Orr said: "There is a range. I can't give it to you in dollar terms."

He then said: "We are somewhere between 5% and 20% north of a sustainable level."

That meant that with a 5% drop from now "we would start to be within a sustainable range".

Deputy Governor Christian Hawkesby amplified: "In our monetary policy statement we've got house prices falling cumulatively around 10% over the next couple of years and so that will keep them within that range."

He went on: "It's an assessment that we are going to have to continually remake through time because those fundamentals change through time as well driven by population growth and the supply of housing, where we think neutral interest rates are.

"All of these factors will change through time so we will come back and keep making that assessment and updating it."

During the press conference after release of the FSR on Wednesday, the RBNZ indicated that about 25% of new buyers in the past year would have to pull back on spending with mortgage rates at 5%, while for rates at 6% this would rise to about a third of buyers needing to reign in spending, while with mortgage rates at 7% this would become about half of the buyers needing to tighten their belts.