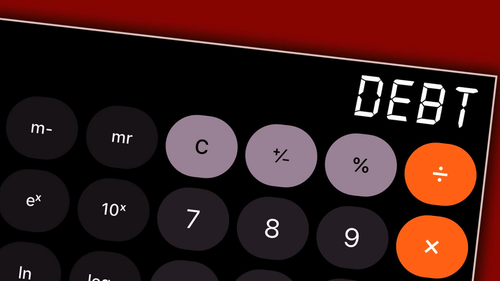 The question of how far you can stretch a rope may be coming close to getting an answer - judging by the latest mortgage lending by debt-to-income ratio figures from the Reserve Bank.

I say "may be" because the latest figures are not conclusive and we'll probably need to wait till the next quarterly release of this information before being able to to state definitively.

But what can be said is that the latest data shows a levelling off of DTI ratios following the very sharp increases that were seen in the past couple of years as the housing market went into overdrive.

Make no mistake though, the ratios are still real high so it will be very interesting to see in future if they do start to drop - or simply plateau at these high levels.

The latest information is released as the RBNZ is currently in the midst of making decisions about potential implementation of a DTI limits measure. Public feedback is open till February 28.

I dare say what happens to DTI ratios in coming months will be very informative for the RBNZ as it decides whether it will officially introduce DTI limits. The data will tell the central bank whether it needs to act urgently, or whether the natural limits of what can be borrowed have kicked in - particularly with interest rates having risen and set to rise further.

For now anyway we have the information up to the end of December to take a close look at.

The information is compiled monthly by the RBNZ, but released quarterly. This is the highlights table produced by the RBNZ:

As we've done since the start of this data series we are comparing the latest month's figures (December) with the last month from the previous release (September 2021) and we are also comparing both these with December 2020.

DTIs of above five are regarded as getting up there, so we highlight the percentages of total mortgage money that is borrowed by both first home buyers and other owner occupiers at DTI ratios of five and above.

The table below shows the percentage of new mortgage money for first home buyers and other owner-occupiers that is on debt-to-income ratios of over five times:

The first home buyers appear as though they may have hit the ceiling, albeit a very high ceiling - particularly the Auckland FHBs. While the overall percentage nationally of mortgage money for FHBs borrowed at a DTI of five or higher stayed exactly the same in December when compared with September at 58.3%, the percentage of Auckland FHBs' mortgage money on DTIs of five or more declined from a super-stratospheric 76.4% in September to a slightly-less stratospheric 72.9%. But notably that was still way higher than the 64.8% for Auckland FHBs seen in December 2020.

One feature about the borrowing trends in 2021 was that as investors backed away again following the reintroduction of tough 40% deposit rules for them, owner-occupiers seemed more than happy to take up the slack - so helping to keep propelling the housing market up.

And this strong borrowing appetite of the owner-occupiers appears to be reflected in the latest DTI figures. The percentage of money borrowed by the owner-occupiers at a DTI of five or more has continued to rise and is now getting close to 50% nationwide. It will be interesting to see if this appetite is maintained this year.

So, that's the owner-occupiers and FHBs. What of the investors?

When the RBNZ released the September quarter 2021 figures it began releasing more detailed information that also included DTIs of investors and also of owner-occupiers with investment property collateral.

Having had time to now catch up on things a little, we've had a chance to dig back through the historical investor information and produce some comparatives. As can be seen from the RBNZ highlights table higher up this article the proportions of money borrowed by investors at DTIs of five and more are right up there; 69% for investors and 74% for owner-occupiers with investment collateral.

What about something a bit more bracing then? How about those who are borrowing on DTIs of seven? (which is really, really getting right up there - pass the smelling salts!)

Well, close to half the money borrowed by Auckland investors is at DTIs of seven or more. However, it is coming down, with the percentages having dropped for investors right across the board since September 2021 and particularly when compare with the giddy days of December 2020 when everyone was filling their boots before the loan to value ratio (LVR) limits came back.

The next table shows the percentage of new mortgage money for both investors and owner occupiers that have investment collateral that is on debt-to-income ratios over seven times:

So, there we have it. As of the end of last year we were still borrowing money at eye-watering debt-to-income ratios, but the higher-and-higher trend of the previous two years appears as though it may be ending.

With the housing market having appeared to grind to a halt in December the next sets of DTI figures to come out for March 2022 and June 2022 look as though they may have a different story to tell from what's been seen up till now. But we shall see.

This article was originally published on Interest.co.nz and has been republished here with permission.