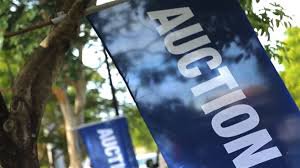 Activity in Barfoot & Thompson's auction rooms picked up in the first week of April, with the overall sales rate also edging higher.

Auckland's biggest real estate agency marketed 200 properties for sale by auction over the week of 2-8 April. That was up from 170 the previous week, and almost matched the 201 properties auctioned the week before that.

That suggests the number of properties coming to auction in the Auckland market and the number selling on the day are both holding reasonably steady as we head into autumn.

Barfoot's has nearly as many (194) properties scheduled for auction next week, even though it's a short week with Friday being a public holiday and the start of the Easter break.

As usual there were wide variations in the sales rates around the Auckland region at the latest auctions. 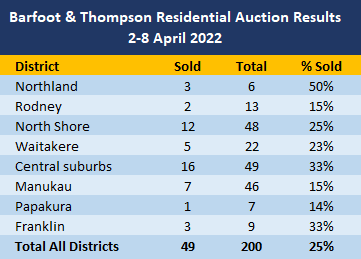 Details of the individual properties offered at all of the auctions monitored by interest.co.nz and the results achieved are available on its Residential Auction Results page.