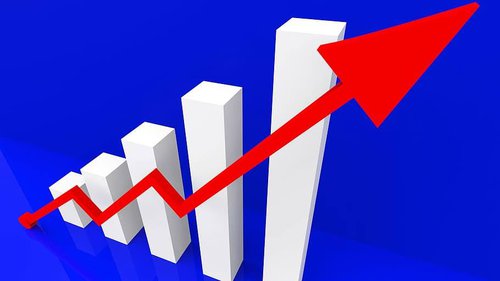 Inflation has soared to its highest level in 10 years - and to a much higher level than economists and the Reserve Bank were picking.

It's the highest rate of inflation since 2011 - but that was affected by the one-off increase in GST. In terms of what might be described as 'natural' inflation, the June quarter rate is actually the highest since 2008 as the Global Financial Crisis hit.

The 4.6% jump in new housing building costs in the quarter is the highest since 1987.

Economists had expected annual inflation to come in somewhere between 2.8% and 3% - so, the actual figures have blown that out of the water.

The Reserve Bank (RBNZ) expected, with its May forecast, a 0.6% rise in the June quarter and 2.6% annual inflation. At the time it picked that as the peak. Remember, the RBNZ aims for annual inflation within 1% to 3%, with an explicit target of 2%.

ANZ senior economist Miles Workman and economist Finn Robinson said the "extremely" strong inflation figure "absolutely confirms our view that the OCR [Official Cash Rate] will need to be lifted in August, given the economy is at risk of becoming dangerously overheated".

Wholesale interest rates rose strongly in reaction to the inflation figures. According to Westpac senior economist Satish Ranchhod the two-year 'swap rate' rose by 7 basis points to 1.11% after the release.

Price rises have been expected because of one-off global supply chain disruptions due to Covid. The key thing that needed to be watched in these figures is the extent to which inflation has been produced within New Zealand - and also the extent to which it looks like being of a more persistent nature.

Well, Stats NZ says, in the year to June 2021 non-tradables increased 3.3%, mainly driven by purchase of new housing and actual rentals for housing.

In the year, tradables increased 3.4%, with higher prices for petrol and second-hand vehicles. This was offset by lower prices for telecommunication equipment.

Some key pricing information for the June quarter:

Stats NZ's prices senior manager Aaron Beck said the cost of building a new house was the biggest contributor to both annual and quarterly inflation this quarter, up 7.4% for the year, and 4.6% for the quarter.

"Several construction firms have told us that it is hard to get many of the materials they need to build a house, and that there are higher labour and administration costs. In addition, in the year to May 2021, $18.3 billion of residential building work was consented, up 18% on a year earlier.”

The RBNZ did acknowledge in its Monetary Policy Review on Wednesday (14th) that while "near-term spikes" in headline CPI inflation in the June and September quarters would reflect short term factors such as supply shortfalls and higher transport costs, in the absence of any further significant economic shocks, "more persistent consumer price inflation pressure is expected to build over time due to rising domestic capacity pressures and growing labour shortages".

After the central bank's 'hawkish' shift economists were quick to see an August start for Official Cash Rate hikes. However, the major banks have already pre-empted this with substantial mortgage rate hikes.

What the economists are saying

Kiwibank chief economist Jarrod Kerr said what was most interesting was the broad-based nature of inflation pressure evident in Friday's report.

"Demand in the economy has been consistently strong since coming out of last year’s level 4 lockdown. And combined with supply side constraints – such as firms facing challenges in sourcing labour and materials – we have a recipe for price rises. Almost all groups in the CPI basket recorded price rises. Core measures of inflation have also strengthened. Both tradables (imported) and non-tradables (domestic) inflation popped back up in the June quarter."

Kerr said some of the key drivers of inflation are expected to be transitory. Global supply-chain disruption should be addressed as the world gets back to a new normal – taking the pressure off shipping costs. Labour shortages will "hopefully" abate next year as our, by then, vaccinated country starts the process of opening back up to the world.

"But for the RBNZ, these transitory factors could easily turn into permanent inflation in the current atypical environment. So, something has to give, and the RBNZ is now willing to oblige."

Kerr says he now expects the RBNZ to lift the cash rate in August, in what will be "the first of at least three hikes from here".

"We’re likely to see two hikes by year end, and a push to 1% by February. Beyond 1% will depend on the interest rate sensitivity of the economy coming off record low rates. We have pencilled in another lift in the cash rate to 1.5%, but likely to be all we see in the near-to-medium term. An earlier lift off from the RBNZ will (hopefully) mean less work will need to be done to restrain the economy in the future."

ASB senior economist Mark Smith conceded the inflation figures were "miles above our expectations and the RBNZ pick".

"The major surprises were for both tradable and non-tradable prices. We expect supply disruptions and higher commodity prices to continue to boost tradable prices further over the remainder of the year.

"Of more concern to the RBNZ is that domestically-generated inflationary pressures look to be intensifying. Soaring construction costs in Q2 reflect the booming housing market and capacity constraints in the construction sector. The risk is that they broaden beyond housing as capacity pressures tighten throughout the economy.

"All up, ASB expects annual CPI inflation to push higher to above 4% by the end of the year and to remain well above 2% over 2022. A resilient demand back-drop, high inflation, and an economy that is effectively close to full employment necessitates that the RBNZ promptly reduces policy stimulus. We expect OCR hikes from August and a 1.50% OCR endpoint my mid-2023, although the speed and magnitude of subsequent OCR moves remains conditional on a range of factors."